We know: You’ve always been worried this day would come. And even though it was easier to pass notes or catch a few “Zzzs” during the lecture about separation of powers, the moment is here. That time when you wish you would have paid more attention in civics class.

Experts for four different organizations came together Monday to discuss the latest trend — if such a word can be used — at undermining democracy: illegitimate election recounts. And experts warn that conspiracy theories, disinformation and outright lies can spread through more than just social media, undermining legitimate elections. Those spreading the disinformation also prey upon people who may not be familiar with the process of government, they warn.

Officials from the Brennan Center for Justice, Protect Democracy, Fair Fight Action and United States Action have launched a new website with toolkits to help people understand the differences between real election audits and “fake” or “sham” audits. All four groups agree that the GOP-led audit taking in place in Maricopa County, Arizona, is not credible — because of the lack of experience of the company conducting it, the methods that are being used, and the lack of transparency. Experts who spoke as part of the panel also said that other auditing, recounting and canvassing done through the State of Arizona has long ago proven the election’s legitimacy.

Instead, they say the Arizona “audit” is just the beginning of what is likely going to be a growing trend that will pit career election officials against politicians and start-up companies claiming to be able to do forensic and large-scale audits. Those experts warn that without better public education, people could become more confusion and lose confidence in what is otherwise a very safe, secure and — above all — accurate election process.

Moreover, the “spillover” effect from the recount in Arizona is giving some momentum to right-wing groups in states President Joe Biden won, including Georgia, Michigan, Wisconsin and Arizona to begin audit election results that were certified and validated months ago.

The new website, Notanaudit.com, is the joint project of the four groups.

Other states that former President Donald Trump won haven’t been left out of the spotlight as Arizona’s “Senate recount” has continued. Earlier, the Daily Montanan reported that data from the ballot recount was being trucked to an undisclosed laboratory in Montana where it would be analyzed, yet no one from the recount or in Montana has been able to locate and confirm the ballots are in the Treasure State.

For example, Joanna Lydgate, founder and chief executive of States United Action, said that the Arizona Senate audit, which is being led by a group called “Cyber Ninjas,” is not accredited and lacks experience in election audit. Moreover, the audit is only focused on Maricopa County, not other counties, and there’s no examination of the entire ballot — for example state races — just an evaluation of the presidential tallies.

“The voters have spoken, it’s just that these politicians don’t like what the voters said,” Lydgate said.

The concern among officials is that as the fear and disinformation spreads, it will lead others to take action not unlike the Capitol insurrection on Jan. 6.

“The specifics differ from state to state but they are all based on the lie,” Lydgate said. That lie has been that the elections were unsafe or even riddled with fraud.

The new website also has tools that trace what individuals and groups are behind the audit efforts in the different states and the money organizations are raising.

From those concerns, lawmakers in Arizona have also passed more restrictive voter laws in the face of no evidence of fraud. The Arizona legislature has also taken power away from the Secretary of State’s office, which has supervision of statewide elections.

“Not since the Jim Crow era have we seen such blatant tactics,” Osa said. “The more times we hear something, even those things that have been debunked, the more likely we are to believe it. That’s why we have to repeatedly push back and debunk these.”

She said the challenge for media is to debunk the disinformation without also unintentionally amplifying the message.

“The use of even the term ‘audit’ is an attempt to make it seem legitimate,” said Gowri Ramachandran, counsel for Election Security at the Brennan Center for Justice at New York University School of Law.

She said that industry-accepted audits look much different, including a wide sampling of ballots, setting out a transparent list of auditing characteristics, like how many ballots will be sampled and from where they are taken. Also, observers and participants from many different organizations and political affiliations are asked to participate.

“This firm already claimed the 2020 election was stolen before it started conducting the audit,” Ramachandran said. “It’s totally lacking in competence and legitimacy. This doesn’t look anything like a real audit.”

A version of this story first ran in the Advance‘s sister outlet, the Daily Montanan. Read the story here. 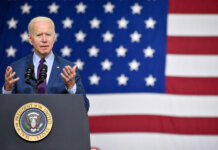 Experts warn against ‘sham audits’ movement across the country