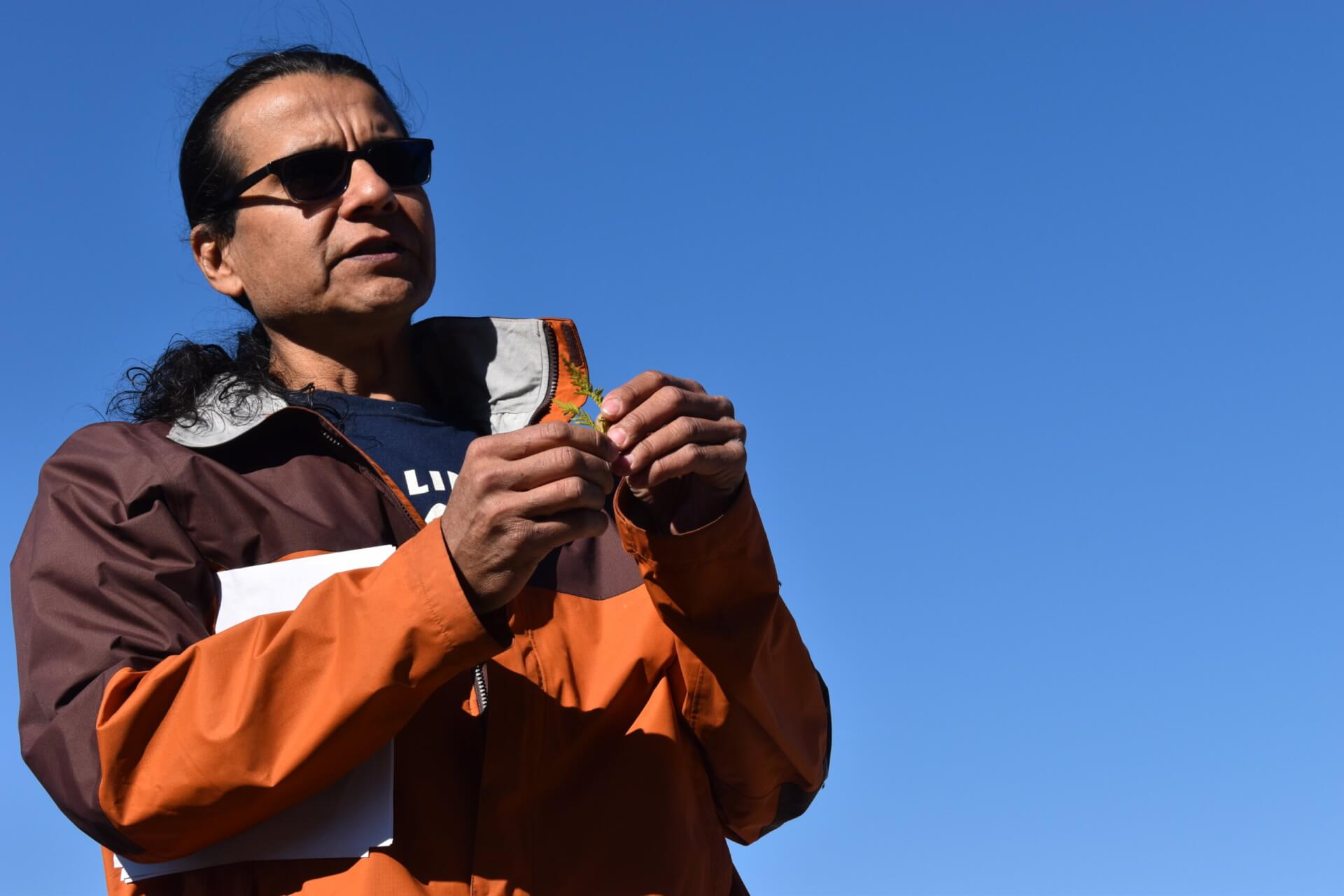 The day’s events pulled in anti-pipeline activists from across the country, blending together protesters of Line 5, Enbridge’s Line 3 in Minnesota, Dakota Access Pipeline (DAPL) in North Dakota and more. Some attendees traveled for days just to participate in the two days of events planned by Indigenous water protector group MackinawOde and environmentalist groups.

Enbridge plans to reject an order from Gov. Gretchen Whitmer to cease operation of Line 5 by midnight. Whitmer set the deadline in November after revoking and terminating the company’s 1953 easement with the state. Both parties are currently locked in litigation over a potential shutdown and Enbridge will not comply unless the state wins a court order.

The long-awaited day Wednesday began with sunrise pipe ceremonies on each end of the Straits of Mackinac, a sacred ritual which is meant to connect the physical and spiritual worlds in Native American culture. At Point La Barbe in St. Ignace, near the Enbridge pumping station that connects Line 5 to the Upper Peninsula, Anishinaabek teacher and healer Beatrice Menase Kwe Jackson led the early morning ceremonies with about 20 participants.

To further demonstrate the Indigenous connection to the land and water, Sault Ste. Marie Tribe of Chippewa Indians member and MackinawOde founder Nathan Wright led a group of about 30 on a nature tour around Mackinaw City’s Headlands Dark Sky Park. Wright educated the participants — including Native people, amateur to experienced herbalists and young activists — about two dozen plants and trees known for their healing properties or other use in Anishinaabek traditions.

Wright said he would like more people to have a revitalized connection with nature, which would encompass an expansive knowledge of plants and their uses.

Following the plant walk, about 100 people gathered by the McGulpin Point Lighthouse and adjacent lot for a potluck, art and speeches. Live music was played and activists from across the country met and spoke about the importance of continuing the fight against oil pipelines and fossil fuels.

Many activists and Indigenous leaders praised Whitmer for her actions to shut down the dual pipeline.

“This isn’t a political issue, what’s happening with Line 5. This is an issue that — we’re protecting the water for everybody, and we’ve constantly said that,” Wright said to the crowd, while colorful banners in opposition of Line 5 and Line 3 waved in the breeze. “… We need to call upon everyone, even those who oppose us.”

Wright said that he fully expects Enbridge “infiltrators” to be present during both days, but their presence does not bother him.

“If there are infiltrators here right now, we welcome you. We welcome you, and we hope that something tugs at your heart. We hope that you join us one day, because we’re here doing something good,” he said.

Enbridge spokesperson Ryan Duffy said the company“recognizes peoples’ right to express their views legally and peacefully and to engage in peaceful, non-violent demonstrations.

“This case is in federal court where the judge has ordered mediation. We are confident that one of these paths will produce a resolution. Our responsibility is to the people of Michigan and the Great Lakes region. Enbridge will continue to deliver via Line 5 safe, reliable and affordable energy to fuel the region’s economies.”

A single Michigan State Police trooper was at one point stationed on the road leading to the meeting space, and a Mackinaw City police car rolled by twice to check on the happenings. Police did not stop at the gathering or interact with protesters.

A larger, more media-oriented gathering is scheduled for Thursday, and Indigenous activist Winona LaDuke is slated for the keynote speaker role. She is the director of the Minnesota-based Indigenous environmental group Honor the Earth and a former Green Party vice presidential candidate.

Many members and supporters of Honor the Earth were present at McGulpin Point Wednesday to bring their Line 3 activism to Line 5. Displays included flags, giant handmade puppets and other crafts, which one activist called “creative resistance.”

On Wednesday night, the Michigan Anishinaabek Caucus is holding a solidarity rally of its own in Detroit to show support for a Line 5 shutdown. The event is co-organized by the Michigan Environmental Justice Coalition and the People’s Water Board Coalition, and will feature a rally and water ceremony.