President Joe Biden’s first address to Congress last month was momentous in a multitude of ways.

As a woman who held elected office for more almost three decades, hearing the words, “madam vice president” and “madam speaker,” was particularly powerful, as was seeing two women — including a woman of color — seated in literal positions of power. Though certainly overdue, it was still a sign of the progress women have made in our government. 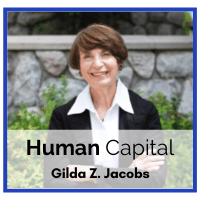 But the substance of the president’s speech was equally groundbreaking and moving — and a marker for a brighter future.

President Biden’s announcement of the American Families Plan puts us one step closer to seizing the historic opportunity to build a stronger recovery and a more equitable economy. The recently enacted American Rescue Plan is providing much-needed relief to the people of Michigan. But that relief is temporary. We can’t stop there if we want to create a more just economy for all Michiganders, many of whom will continue to struggle to make ends meet after the pandemic ends.

The pandemic and its economic fallout have exposed glaring, longstanding problems that have held back families for decades: Racial and ethnic disparities in our nation, deeply rooted in racism and discrimination, mean that Black, brown, Indigenous, and immigrant families face starkly unequal opportunities and outcomes in education, employment, health, and housing. Nearly 30 million people were uninsured even before the pandemic, despite progress under the Affordable Care Act (ACA). Many families can’t afford housing, childcare, food, or other basic needs, and face serious economic instability if they lose their jobs or there’s a recession.

Economic recovery legislation must address these challenges to craft a more equitable economy — one where everyone has health coverage and can get the care they need, where all our children have food on the table and a roof overhead, and where all our families can make ends meet.

The recovery proposals in the president’s American Jobs and Families plans represent a groundbreaking agenda and include many important policies to create an economy that works for all Michiganders.

350K Mich. families will get additional SNAP benefits during pandemic

But as these plans move from proposals to concrete legislation, Congress will need to address shortcomings in certain areas and add more details to the broad outlines that the president has put forward.

We urge Congress to craft recovery legislation that ensures that:

Our wealthy nation can afford to make these critical investments — and can’t afford not to. For decades, people at the very top and corporations have reaped outsized gains and used special tax breaks and loopholes to avoid paying all the taxes they owe. It makes sense, as the president has proposed, to ask the wealthiest among us and corporations to pay a fairer share of federal taxes to fund the investments that would help build a more economy that works for all of us.

We call on Michigan’s congressional delegation to move swiftly to build on the president’s recovery proposals and craft legislation that improves the health and economic security of children, families and working people. And we urge them to be equally bold in recouping the billions of dollars in revenues going to wealthy individuals and big businesses at the expense of the rest of us.