WASHINGTON — As wildfires across the United States grow in size, intensity and duration each summer, members of Congress from the West are pushing for massive new investments in ecosystem management and wildfire mitigation.

House lawmakers called for more attention to wildfire management and support for wildland firefighters at a hearing Thursday before a House Natural Resources Committee panel. It was just the second hearing this year for the Subcommittee on National Parks, Forests and Public Lands, and Subcommittee Chairman Joe Neguse (D-Colo.) said that early attention exemplifies the importance of the issue.

“For those of us that live in the West, wildfires are one of the most immediate and obvious impacts of climate change. Wildfires today are nearly a year-round risk, burning larger areas at a higher intensity. This is only projected to increase as the climate continues to warm,” Neguse said.

Neguse has an ambitious plan to create a Civilian Climate Corps, dedicated to bolstering wildfire prevention and managing forests. The Biden administration included $10 billion for the jobs plan in its massive infrastructure proposal, the American Jobs Plan.

Natural Resources Committee Chairman Raul Grijalva (D-Ariz.) said climate change and the higher risk of wildfire from drought is changing the decades-old debate on whether to manage wildfire risk with forest thinning.

“One of the issues in this committee has been it was always an either-or proposition when it comes to dealing with fire: Either you cut your way out of the problem or the other issue is that it is a phenomenon that cannot be controlled,” Grijalva said. “Climate change has changed that whole debate entirely.”

“Having this hearing is important as we address the Biden administration’s American Jobs Plan and what resources we can use to match the need,” Grijalva told lawmakers at the virtual hearing.

The issue is close to home for Neguse and other Westerners. The two largest wildfires in Colorado history both blazed through Neguse’s district last summer.

Wildfires provoked a year of devastating losses in 2020. More acres burned in Arizona in 2020 than the previous two years combined. Montana lost more structures to fire last year than it had since 2012.

Nevada had fewer fires than in recent summers but still issued air quality advisories due to California fires.

In total, wildfires burned about 10.3 million acres in the United States last year, according to the National Interagency Fire Center, a government group dedicated to fire management. That was just a few thousand acres short of the record set in 2015.

It added to the significant toll of wildfires over the past 15 years. Since NIFC started its modern record-keeping of wildfires in 1983, there have been 10 years when 8 million acres or more burned. All of those records occurred since 2004.

Riva Duncan, a retired fire staff officer for the Forest Service who now advocates for firefighters, said the firefighting season changed drastically in her years in federal service

“Over 30 years ago, when I started, the fire season was July and August … and it was not every year. There were some years with no big fires,” Duncan said. “The wildfire season today is closer to what we are starting to call a ‘fire year.’”

Wildfires are now beginning as early as March and continue until November.

With dry conditions across the country, 2021 could also see significant fires. Western states are in a period of moderate to “exceptional” drought, according to the U.S. Drought Monitor. In Montana, over 60% of the state is facing drought conditions, according to areport Gov. Greg Gianforte released this week.

And currently Florida and parts of Arizona, Kansas, Minnesota and Montana are at high risk for “significant wildland fire potential,” according to a forecast from the National Interagency Fire Center.

A conflict over climate change

Democrats and Republicans in Congress are in general agreement on the threat of wildfires and the need for better forest management.

But while Grijalva and other Democrats see an opportunity to move more aggressively because of climate change, that approach doesn’t sit well with some Republicans.

“Too frequently many of my friends on the other side of the aisle have blamed climate change for an ever-growing multitude of sins, including wildfires, while ignoring the real culprit of our present disaster,” Idaho Republican Russ Fulcher said at the hearing. “Decades of insufficient forest management, not climate change, have led to overgrown, diseased and dying forests.”

Fulcher and other Republicans blame the National Forest Service for the 68 million acres of high-risk forest in its care. They think the federal government should more actively manage its land and allow more timber companies to selectively harvest trees before they catch on fire.

The conflict comes with how much logging or “fuel reduction” the federal government should allow and for what types of trees. Larger trees are more valuable for timber companies. But environmental scientists favor selective thinning of small trees, seedlings and underbrush to manage for fire — a slow and more expensive process.

“Broadscale thinning of forest to manage for fire conflicts with climate goals, because the amount of carbon removed by thinning is much larger than that saved,” said Beverly Law, a professor emeritus at Oregon State University who studies carbon and forests. She recommended targeted removal of seedlings and saplings on high-risk land.

Earlier this year, Neguse and Utah Republican Rep. John Curtis formed a bipartisan wildfire caucus to try to reach consensus on the issue. Their press release did not mention climate change.

“I do think there are bipartisan solutions that can address the wildfire problems that are becoming so pervasive across the United States,” Neguse told colleagues at the hearing, after some Republican pushback on climate change. “I pledge to approach these questions in good faith, and we ought not to focus simply on what we need to do from a suppression standpoint.”

“Climate change, drought, we have to consider these as part of the larger equation and the impetus for why this is happening with such intensity,” Neguse said.

Lawmakers have floated numerous other bills dealing with wildfires.

For instance, a targeted proposal from Rep. Doug LaMalfa (R-Calif.) would create an official job title of “wildland firefighter,” a distinction from the current practice of hiring people as “forest technicians” to fight fires for as little as $14 an hour.

LaMalfa said the bill, which he introduced in February with only three cosponsors, is a first step to getting more benefits for firefighters.

“Once we remedy that, we can get to the pay schedule. It’s one step at a time around here,” LaMalfa told the committee. 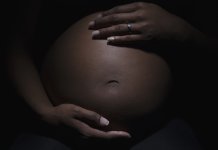 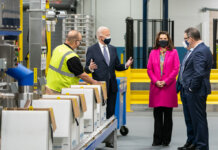 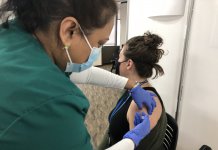 New funding to curb wildfires pushed in Congress, as another fire season looms

by Allison Winter, Michigan Advance
May 3, 2021