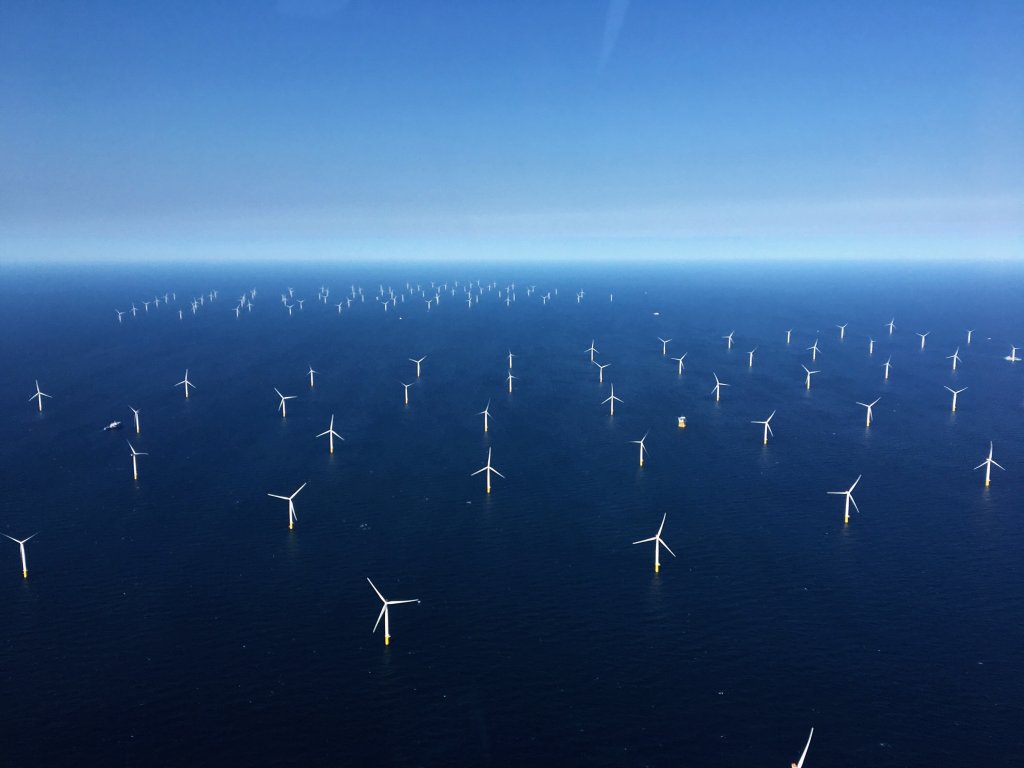 WASHINGTON — Two wind turbines, each as tall as the Washington Monument, stand sentinel 27 miles off the coast of Virginia, the nation’s first offshore wind installation in federal waters.

The pilot project began producing power last October but is just the beginning for an industry poised for massive growth over the next decade. Longtime conflicts with the fishing industry remain, as well as some landowners, but with the help of a major push from the Biden administration, offshore wind may finally advance in the Atlantic.

Dominion Energy, Virginia’s state utility, plans to install nearly 200 more ocean turbines east of Cape Henry over the next five years. And developers have permits pending for 10 more offshore wind projects along the East Coast, from North Carolina to Maine.

The ambitious goal is to generate 30 gigawatts of offshore wind power by the end of the decade, enough to power more than 10 million homes and cut 78 million metric tons of carbon dioxide emissions. That’s roughly the carbon equivalent of taking 17 million cars off the road for a year.

“Nowhere is the scale of that opportunity clearer than for offshore wind,” National Climate Advisor Gina McCarthy said in announcing the new plan.

The projects could support tens of thousands of jobs, from maintenance at sea to steel production far inland.

There is just one other offshore wind project currently online in the United States: five turbines in state waters off the coast of Block Island, R.I.

The industry has more proposals in the works, including:

“This is a once-in-a-generation opportunity,” said Laura Morton of the American Clean Power Association, an industry group. “We can provide clean energy, slash carbon emissions and create jobs.”

“It is unprecedented and shows a recognition of how complex offshore wind is, and that it takes a lot of pieces to come together to make it work,” said Catherine Bowes, program director for offshore wind for the National Wildlife Federation.

The National Wildlife Federation, like many other environmental groups, supports offshore wind for its unique potential to provide massive amounts of clean power.

“We truly don’t believe that we can meet the climate and energy goals that both people and wildlife need without responsible offshore wind,” Bowes said.

Europe erected the first offshore wind turbines 20 years ago and is the world leader in offshore wind. The industry has been slower to get off the ground in the United States, where it has faced regulatory hurdles and opposition from the fishing industry and some onshore landowners.

The first attempt at offshore wind in the United States was mired in conflict.

Developers gave up on the Cape Wind project in 2017, after multiple lawsuits and years of back-and-forth on permitting and plans. The project in tony Nantucket Sound off Massachusetts met opposition from high-profile homeowners nearby, including members of the Kennedy family and businessman William Koch, a rare alliance.

The Obama administration promoted offshore wind as part of its climate plan, but did not coordinate programs among agencies to support the industry. Many pending permits sat in the doldrums during the Trump administration, which did not prioritize renewable energy.

Biden administration officials say they will expedite the regulatory process. The Bureau of Ocean Energy Management committed to review at least 16 construction and operations plans for pending projects by 2025 and advance new lease sales.

Shift in the political winds

The development of bigger, more efficient turbines means that offshore wind can produce more energy at lower prices. New technology also allows for development farther offshore, capitalizing on stronger winds and reducing some of the conflicts with coastal communities and wildlife.

And states are increasingly looking offshore as an economic and environmental windfall.

Last fall, the governors of Maryland, Virginia and North Carolina signed a joint memorandum of understanding to work together as a three-state hub for offshore wind energy—an attempt to create an attractive environment for business investment and compete with the Northeast’s market.

In North Carolina, the state’s Department of Commerce commissioned a report, released in March, that said the state’s manufacturers could profit from the “rapidly developing market” for offshore wind. The analysis estimated a $100 billion market for development and construction alone.

The existing projects in the United States have partly relied on European ships and manufacturers. But as the industry grows, it could spur manufacturing that stretches into America’s heartland.

For example, Virginia’s Dominion Energy is building the first U.S.-made vessel to install offshore wind turbines. Domestic steel operations in Alabama and West Virginia are shipping steel to a Texas shipyard to build the vessel.

But offshore wind has not yet resolved conflicts with the longest-standing industry of the sea: fishing.

As state and federal leaders push for more offshore development, fishing groups have concerns with both the process and the implementation.

They are worried the projects could affect marine life. And they argue regulators have not included them in a meaningful way when developing plans—especially because one offshore wind project can affect fishing for boats that might not be based at ports nearby.

“We need to mitigate impacts to fishing, and essentially fishing concerns have been completely ignored. We are still in the exact same place, asking for the things we have been asking for the last 10 years,” said Annie Hawkins, executive director of the Responsible Offshore Development Alliance, a broad coalition of fishing groups from all over the U.S.

For example, the captains from five boats that fish for black sea bass and conch sent a letter to Dominion Energy asking the company to limit construction during certain times that are key for the fishery, collect more baseline data, and commit to compensation when fishing is closed.

Nowhere is the conflict more pronounced than in Maine, where fishing and lobster boats circled around a proposed research area in protest in March.

Gov. Janet Mills has tried to walk the line on the issue. She is counting on offshore wind to help Maine meet climate mitigation goals. But in response to the pushback, she proposed a 10-year moratorium on wind projects in state waters in January. She still supports projects in federal waters, further offshore.

Supporters of the industry say it is possible to design projects with consideration for fishing interests.

“By far the biggest threat to ocean life is climate change, and the trajectory we are on now is almost inconceivably damaging to the ocean.” said Miriam Goldstein, director of Ocean Policy at the liberal-leaning Center for American Progress.

“The wind resources off the coast and near population centers — that is an opportunity I don’t believe we can overlook. Deploying that in a smart way, with fishermen at the table, is among the most important things we can do to address the climate emergency.”

Congress is also getting in on the action. Lawmakers on Capitol Hill introduced three different offshore wind bills this year.

“Increasing offshore wind production so that we can create high-paying clean energy jobs and reduce our dependence on fossil fuels shouldn’t be a partisan issue,” Luria said in an email this week. “Offshore wind is critical to strengthening our economy and improving the environment.”