Home Biz + Labor Business Bills you may have missed, from banning workplace vaccine mandates to increasing... 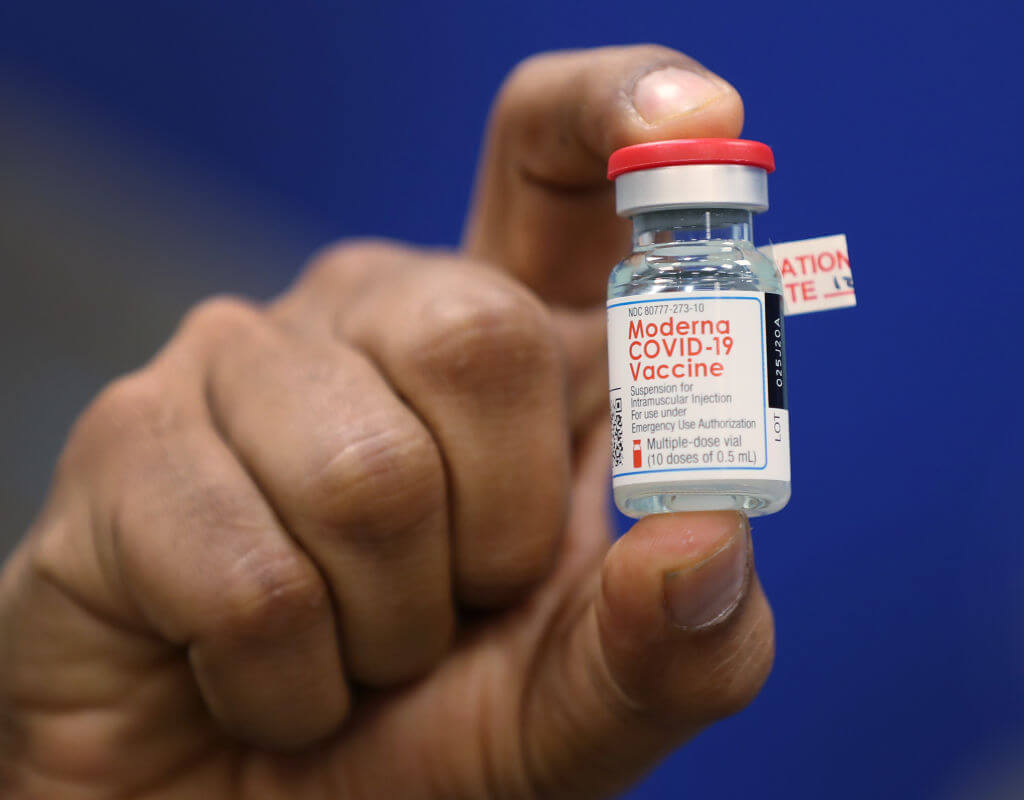 State lawmakers have introduced bills in March on topics ranging from expanding unemployment benefits to protecting members of the LGBTQ community from discrimination to barring employers from requiring workers to get the COVID-19 vaccine.

Republicans control both chambers of the Legislature, in the House with a six-seat margin and the Senate with a four-seat margin. Two additional Senate seats that were previously held by Republicans are currently vacant.

Here are some of the most noteworthy pieces of legislation.

Residents would be able to call into the hotline 24 hours a day, seven days a week, through Sept. 30, 2022, to get information about vaccine availability and distribution locations and to preregister for vaccines or schedule vaccine appointments.

Employers would be prohibited from requiring their employees to receive a COVID-19 vaccine as a condition of employment under HB 4471, which is sponsored by Rep. Sue Allor (R-Wolverine).

They would also not be allowed to require an employee who declined to be vaccinated to wear a face mask as a consequence of that decision.

The Michigan Department of Health and Human Services (DHHS) would be required to establish and assign COVID-19 risk levels to counties and regions of the state based on test positivity rates under HB 4318, sponsored by Rep. Bronna Kahle (R-Adrian).

Michigan’s statewide test positivity rate was 14.4% on Nov. 16, near the peak of the fall surge.

The plan would also require the state to base all decisions related to nursing home visitations on the risk level established in the legislation.

House Bill 4450, introduced by Rep. Bryan Posthumus (R-Cannon Twp.), would allow schools to allow more spectators to attend an athletic event than allowed under DHHS emergency orders if the additional attendees are relatives of the student athletes.

The Michigan Supreme Court ruled in October that the law was unconstitutional, and a right-wing group, Unlock Michigan, that organized a ballot petition drive to repeal the law submitted its signatures the same month.

Businesses that were fined for violating an executive order related to COVID-19 that was later overturned by the Michigan Supreme Court would receive a reimbursement for the fine under HB 4501, which was introduced by Rep. Timothy Beson (R-Bay City).

All Michiganders 16+ are eligible for COVID shots starting April 5

Fighting Whitmer and the feds

The Senate adopted a number of resolutions intended to fight Whitmer and the federal government.

If the tie-bars are upheld, more than $1 billion of the relief funds won’t be allocated after Whitmer vetoed a bill that would have stripped MDHHS of the power to close schools and halt athletics.

The resolution passed the Senate 20-14 on Thursday.

The resolution says the “Michigan Senate is duty-bound to watch over and oppose every infraction of those principles which constitute the basis of the union of the states because only a faithful observance of these principles can secure the nation’s existence and the public happiness.”

“This resolution is four pages of dark, insurrection-laden language and militia support that challenges the laws of this land. It’s a resolution that says that if we don’t like the laws, we’ll meet you at the Michigan border with our guns,” Geiss said.

Johnson, a former Michigan secretary of state, said the bill would be “an unnecessary and reckless federal overreach.”

The resolution was adopted on Thursday.

A bipartisan package of bills to expand the Freedom of Information Act (FOIA) to include the governor’s office and create a new public records law for the Michigan Legislature have cleared a House committee and will proceed to the full body for a vote.

Michigan is one of just two states where neither the governor nor Legislature are subject to open record laws.

House Bills 4385, 4387 and 4388 – sponsored by Reps. Annette Glenn (R-Midland), Posthumus and Pat Outman (R-Six Lakes), respectively – set the fees and procedures for requesting records, as well as the process for appealing a denial.

There’s been a lot of talk about government transparency. But will the Legislature take action?

Appeals for legislative records would go to the nonpartisan Legislative Council Administrator rather than going through the courts under HB 4390, sponsored by Rep. Darrin Camilleri (D-Dearborn).

House Bill 4384, sponsored by Tisdell, calls for the appointment of LORA coordinators who would be tasked with processing requests.

Among them, the governor’s office would be exempt from disclosing records related to budget recommendations, recommended spending cuts, related to granting a prisoner pardon or commutation, related to gubernatorial appointments, and communications with constituents.

The Legislature would be exempt from disclosing communication with a constituent, unless the constituent is a registered lobbyist, records related to caucuses, related to security, or about other privileged information.

From guns in schools to COVID emergency powers: Key bills in the new Legislature so far

Whitmer joined those backing the legislation earlier this month.

“Passing this bill to amend the Elliott-Larsen Civil Rights Act would bring Michigan in line with other states to become a model of equality nationwide,” Whitmer said. “As a country, we have come a long way tackling discrimination on the basis of sexual orientation and identity, but we must enshrine critical protections that a majority of Michiganders support in our state’s laws. This is not only the right thing to do, but it is also an effort supported by our state’s largest employers who want to expand protections to attract and retain employees.”

Demonstrating the type of discrimination members of these groups still face, Theis introduced SB 218, which would bar high schools from allowing transgender boys from competing on boys’ sports teams and transgender girls from being on girls’ teams.

Legislators have introduced similar bills in more than 20 states this year, though most of them were unable to name a single instance in their own state where allowing transgender athletes to participate on the team of the gender they identify as has caused an issue, the Associated Press reports.

Democrats in the Senate and House have introduced a package of bills to expand the scope of unemployment benefits.

Senate Bill 168, sponsored by Sen. Jeff Irwin (D-Ann Arbor), would increase the benefit rate to 6.1% of the individual’s wages in the calendar quarter of the base period in which the individual was paid the highest total wages. That’s an increase from the current rate of 4.1%.

The maximum weekly benefit amount would be increased from $362 to $593 under SB 169, sponsored by Sen. Dayna Polehanki (D-Livonia).

The eligibility threshold for unemployment benefits would be lowered under SB 171, sponsored by Sen. Adam Hollier (D-Detroit).

Currently, to be eligible for benefits, an individual has to have made the minimum hourly wage multiplied by 388.06, rounded down to the nearest dollar, in at least one calendar quarter of the base period.

Under Hollier’s bill, that threshold would be lowered to the minimum hourly wage multiplied by 128, rounded down to the nearest dollar.

Additional categories of employees would be eligible for benefits under the Democratic plan.

That means new evidence uncovered since the team relaunched the investigation into the water crisis in 2019 has remained secret.

The indictments were issued by Genesee County Circuit Judge David Newblatt, who was appointed by former Gov. Jennifer Granholm in 2004.

One-man grand juries are rarely used, and came under fire from Snyder allies, who argue the process is overly secretive and only allows one side of the story to be presented to the jury before they decide whether to issue indictments.

House Bill 4360, introduced by Rep. Kara Hope (D-Holt), would prohibit petition circulators from misrepresenting the contents of a ballot question or recall petition.

Unlock Michigan, the group aiming to repeal the 1945 Emergency Powers of Governor Act, is currently under investigation by the office of Attorney General Dana Nessel following a series of Detroit Free Press reports that revealed, among other things, that the group had allegedly misled some people about the contents of the petition.

Lying to get petition signatures is legal in Michigan. Can that change without hurting free speech?

Rep. Christine Morse (D-Portage) introduced HB 4331 to expand Michigan’s bottle deposit, extending it to all non-carbonated beverages, except for milk containers. The bill is mirrored in the Senate by SB 167, sponsored by Sen. Sean McCann (D-Kalamazoo).

“Michigan’s four decade-old ‘Bottle Bill’ was an innovative approach to promote recycling and prevent littering,” McCann said. “It is the most widely used and accepted state conservation program in state history, and it is time for us to build on that success. We have established a strong recycling culture and it makes no sense that Michigan residents aren’t able to return a deposit on plastic water bottles and other single-use containers.”

Rep. Mari Manoogian (D-Birmingham) introduced a “hands-free” driving bill that would prohibit the use of hand-held mobile electronic events while driving, HB 4277.

Drivers would still be allowed to use their device for emergency purposes, like contacting 911 to report an accident, fire, or other hazard.

Cell phones could also still be operated in a voice-operated or hands-free mode integrated into a vehicle.

The legislation also prohibits posting on or reading social media and wearing headphones in both ears to listen to music, video or other broadcasts.

The state currently prohibits texting and driving, but not other types of phone use.

Whitmer called for the legislation during her 2019 State of the State address.

“You can’t navigate any road if you’re looking at your phone. So in addition to better roads, we need safer roads,” Whitmer said.

House Bill 4413, introduced by Rep. Abraham Aiyash (D-Hamtramck), would raise the minimum wage to $15 by 2026 and index the wage to inflation after that.

Secretary of State Jocelyn Benson settled a lawsuit in 2019 that, for the first time, allowed voters in Michigan to legally take pictures of their ballots. But selfies with their ballots are still outlawed.

House Bill 4510, sponsored by Rep. Steven Johnson (R-Wayland), would permit voters to appear in the pictures with their ballots.

Bills you may have missed, from banning workplace vaccine mandates to increasing LGBTQ protections