“I have grave concerns about our legislators, and the press, everybody else who works at the Capitol. … I know that schools aren’t doing the same types of activities that they used to, but if things don’t change, I mean, my kids went and visited the state Capitol and I signed a permission slip for them to go. I would never do that now.” 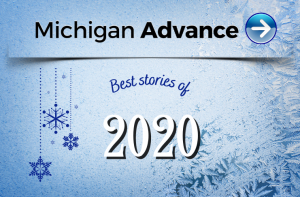 It’s been a big year of news. To end 2020, the Advance is running a series of our best stories from some of the many issues we cover, from the COVID-19 pandemic to education to the election.

Here’s our roundup of stories that you might have missed:

In January, Advance reporter Allison Donahue kicked off a national conversation about sexual harassment in journalism and politics when she wrote a first-person story about state Sen. Pete Lucido (R-Shelby Twp.) repeatedly making sexist comments to her in front of a group of schoolboys. The school later issued an apology to Donahue. Two other women in the Capitol, including state Sen. Mallory McMorrow (D-Royal Oak) came forward with similar stories about Lucido. A Senate Business Office investigation concluded that allegations were credible and Lucido lost a key committee chairmanship.

When the Black Lives Matter movement held weeks of protests nationwide following George Floyd’s death in Minneapolis, one of the issues activists raised was eliminating police presence in schools. The Advance goes into the history of this, which begins in Flint.

As technology advances, deepfakes — usually videos, audio recordings or photographs that have been doctored through artificial intelligence (AI) software to fabricate a person’s facial or body movements — are a frontier in misinformation, particularly in politics. The Advance talked to experts about what means.

What was President Trump’s record on manufacturing in Michigan and the Midwest? It’s complicated.

Journalists faced big challenges in 2020, mainly keeping safe while reporting on the COVID-19 pandemic and even being targeted by police during Black Lives Matter protests. The Advance talked with journalists in Michigan and national groups.

As the pandemic began to sweep across the exurbs and rural areas, cracks in Trump’s 2016 coalition began to emerge. Advance Editor Susan J. Demas wrote in the summer about why his agenda of causing pain to those who didn’t vote for him might not be enough to work in 2020.

Many Midwest farms have struggled in recent years. The Advance partnered up with our sister outlet, the Wisconsin Examiner, to look at trade policy, factory farms and more.

Tough times on the farm: Why Midwest agriculture was on the ropes before coronavirus

As the GOP-led Legislature contemplated requiring all schools to open during the COVID-19 pandemic, they neglected to hear from teachers during much of the debate.

Michigan teachers not invited to legislative hearing on reopening schools

On the anniversary of the 1963 March on Washington, the Advance talked to Detroiter Edith Lee-Payne, who attended the seminal event when she was 12 and became a powerful symbol of the Civil Rights Movement.

Detroiter in iconic 1963 March on Washington photo reflects on protests, then and now

As COVID-19 hit Michigan in March, Demas wrote about pitfalls for the media in covering the crisis, especially the urge to “both sides” the pandemic by including political rhetoric and misinformation along with scientific facts in stories.

Susan J. Demas: Years of media mistakes have made the coronavirus pandemic worse. We can do better.

The Legislature isn’t subject to the Freedom of Information Act, so it’s a challenge to nail down how much lawmakers spend on lawsuits, like the one suing over Gov. Gretchen Whitmer’s emergency pandemic orders. The Advance reported on the well-connected GOP lawyers who got the contract and the transparency concerns from ethics experts.

Michigan has seen a hunting boom this year but the pandemic has meant some lodges have closed for safety. We talked with business owners and hunters about what they expect in the future.

In June, the group Detroit Will Breathe held a tribunal on police brutality, taking a page from activists in 1967 following the Detroit rebellion.

Planned tribunal is a throwback to post-1967 Detroit rebellion effort

In a wide-ranging exclusive interview in October, Attorney General Dana Nessel called out the Michigan State Capitol Commission for repeatedly failing to restrict firearms in the building despite repeated threats to the governor and lawmakers. She said that she no longer felt safe taking her children to the Capitol.

It was a year of debate over the names of historic landmarks. The Advance talked with the family of Viola Liuzzo, a white Michigan civil rights activist who was murdered by the KKK in 1965, about why they think the FBI headquarters in Washington should no longer bear J. Edgar Hoover’s name. 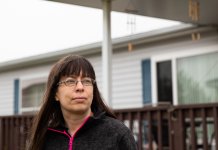 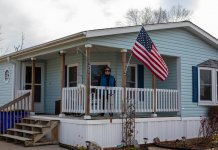 The best Advance stories you might have missed in 2020