Home Civil Rights Todd A. Heywood: Down the right-wing rabbit hole: How did the video... 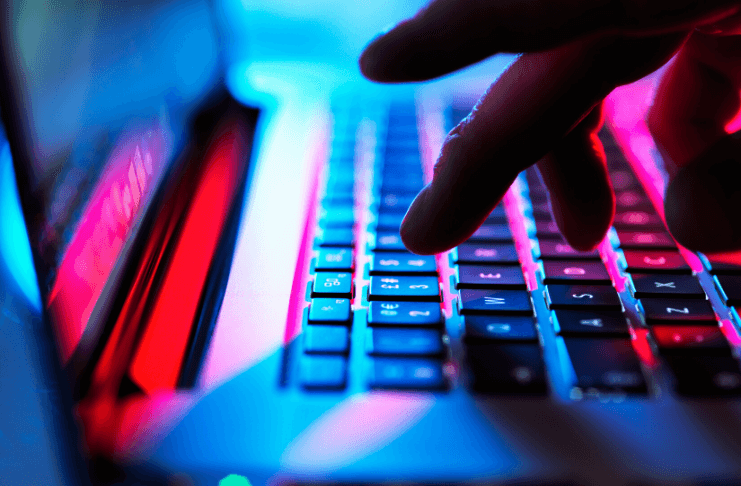 It started with a Facebook Live Video that was sucked into the underbelly of the internet. There it churned and clipped and passed from person to person. Someone slapped a label on the video accusing the speaker of being a domestic terrorist. As it slushed around the far-right social media site Parler, it caught the attention of social media purveyors on the prowl for their next money making viral hit.

Less than 24 hours after she posted her video, Michigan state Rep. Cynthia A. Johnson (D-Detroit) found herself broadly criticized by her colleagues in the Legislature, the Michigan Republican Party and beyond. By Wednesday afternoon, House Speaker Lee Chatfield (R-Levering) stripped all her committee assignments.

To understand how things got here, you have to go back to Dec. 2. During a House Oversight Committee featuring Trump lawyer and former New York Mayor Rudy Giuliani, Johnson’s questions raised some proverbial hackles and ruffled more than a few feathers. She challenged the Republican witnesses who were making unverified, untruthful statements alleging vote tampering and fraud in Johnson’s district.

She quickly became the target of racist name-calling and violent threats. Over the weekend, she started raising concerns about her safety and went public with audio of the voicemails. She did the rounds on national TV on Tuesday. The Michigan GOP didn’t condemn the threats. The Michigan House Leadership didn’t condemn them. In fact, Johnson was dressed down by Rep. Mary Whiteford (R-Casco Twp.), a white female colleague, for bringing the issue to light.

On Tuesday evening, sipping a glass of wine, she posted a 3-minute video on her personal Facebook page thanking supporters and encouraging them to be smart.

“When I say supporting our efforts, I am talking about doing things right and in order,” she said in the beginning of the video. “There’s a good way to do it and a fu–ed up way to do it. Always provide proof. Nobody cares what your mouth is saying. Provide proof. Don’t get upset with folks and start cussing them out. Don’t. It never works. I wish I could be talkin’ to y’all in a private room. Because … I just wish I could. … But we’re public. Be smart. You don’t have to yell. You don’t have to curse anybody out. You don’t have to call anybody names. Hit their asses in the pocketbook. Hit them in the pocketbook. For instance, one of our bright citizens of our country, in Illinois who happened to voicemail me, unknown, but guess what? FBI, state police, they found her.”

But that part of the video isn’t what went viral and resulted in a huge heaping mound of hypocrisy. No, it was what followed.

“So this is just a warning to you Trumpers. Be careful. Walk lightly. We ain’t playing with you. Enough of the shenanigans. Enough is enough. And for those of you who are soldiers, you know how to do it — do it right. Be in order. Make them pay. I love you all. Bye-bye.”

Read in context, it’s clear Johnson is not calling for attacks on Trump supporters, or violence. It’s clear she’s calling for an economic push to silence the lies and distortions around the Nov. 3 presidential election.

The edited version of the video appeared on Parler just hours after she posted it on Facebook.

Parler is a micro-blogging site. Think Twitter with more character length for a post. It was launched in 2018 as the frontier of free speech and many, including militias and white nationalists gravitated to the platform particularly when more widely used places like Facebook, Instagram and Twitter took to fact-checking fake news and banning people aligned with conspiracies like QAnon.

But then Trump lost his bid for reelection, followed by a flurry of ever more feverish and spurious claims of a stolen election driven by Trump and his allies. So conservatives began jumping the Facebook and Twitter shark for the placid pornography-filled halls of Parler.

Here in a mixture of pornography and QAnon conspiracies, charged up with defending the “great” Trump; the attacks against Johnson took root. The first documented Parler posting of the video clip comes from a Washington state resident Ellie Brown. Across the bottom of the video is white type: “A message from a domestic terrorist.”

Responses to Brown’s Parler post included a screenshot of Johnson’s campaign finance report with an arrow pointing out her home address. That was posted by “PetRock1,” whose profile proclaims: “Christian first. Father and husband next. Loyal friend. Staunch conservative Patriot. By God West Virginian. Would take a bullet for Donald J Trump. American.”

User “TeriDoty,” who has not published a bio on her profile, wrote, “Every patriot should end up on her doorstep! #bringitbitch.”

From here, the video was picked up and wound into a video collage featuring snippets of Johnson’s work during the Oversight Committee on Dec. 2. That video was produced by Antonio Chavez and posted to his YouTube channel. Chavez lives in Honduras. He worked for KM2 Solutions, which has an in house social media and media branch. But said he is no longer employed “anywhere.”

In an exchange of emails he defended his use of the clip.

“I included a clip of her own words without splicing anything in it,” he wrote. “Of course, it was accurate.”

He said he found the clip on Twitter, although backtracked when it was pointed out he provided a link to a Twitter post that occurred an hour after his own posts began appearing. At that point, he shared a link to user Ellie Brown’s Parler post, which occurred an hour before his. But his video does not include the captioned version of the video Brown’s Parler version does.

Chavez became defensive when asked if he had been paid to put the video up.

“Out of respect, don’t ever question my integrity again, please,” he wrote. He defended the video as not being “misleadingly edited.”

Chavez’s Youtube channel is full of conservative, alt-right leaning videos, including appearances of Pepe the Frog. The Anti-Defamation League says the use of Pepe as an alt right mascot and meme generator has been gathering steam since 2016, but the non-racist or bigoted versions of the frog outnumber those with animus like racism and anti-semitism. Each instance of the frog’s use has to be evaluated in the context to determine if it is racist, anti-semitic or otherwise bigoted.

He said he is not directing his channel towards any audience, even a conservative or alt-right audience.

“Not at all. Just that at this time, the mainstream media is trying to bash the Republican side 24/7,” he wrote. “So I usually cover what they won’t or what they don’t. I have zero interests other than making normal ad revenue and inform people.”

And by inform people, he doesn’t just mean the 322,000 followers on YouTube. He posted it to the website Disclose.TV. The website bills itself as “an online community of like-minded users who share and discuss all things important, interesting and weird from around the world.” Disclose tweeted Chavez’s video.

Chavez’s post pops up between conspiracy theories featuring tanks rolling through Nebraska to quibbles about the existence of black holes.

The video from Brown also was picked up by a Twitter user calling with the moniker “Uncle Gulag.” It was soon picked up by right-wing media outlets and by noon on Wednesday, the regular news outlets in Michigan were reporting on the video and the fallout from it.

Not one of the above referenced sites shares any information about the threats leveled against Johnson.

Despite all of this, politicians were quick to slam Johnson for her video.

Outgoing Speaker Chatfield and incoming Speaker Jason Wentworth (R-Clare) issued a joint statement: “Threats to either Democrats or Republicans are unacceptable and un-American. They’re even more unbecoming of an elected official. Rep. Johnson has been removed from her committee assignments, and we are looking into further disciplinary action as the proper authorities conduct their own investigations.”

Chatfield spokesman Gideon D’Assandro did not respond to follow up questions from the Advance.

“If ONLY you stood against men who threaten to harm and kill our female elected officials like you stand against the targets of these threats, Chatfield, then MAYBE we wouldn’t be in such a terrible place right now,” she wrote. “If ONLY you stood up against the mob mentality and unfounded accusations that our election results are fraudulent, maybe people wouldn’t feel comfortable threatening to lynch your colleague.”

“The threats Rep. Johnson has received are appalling, ugly and deeply disturbing, but her response to those messages is also unacceptable and I strongly condemn both,” the state read in part. It went on to encourage those who felt threatened to contact law enforcement.

Ryan Jarvi, a spokesman for Nessel, declined to answer additional questions about the video controversy, saying only “We’re letting the statement stand on its own and have nothing more to add.”

Perhaps, however, no one captured the real-time picture at play better than Lonnie Scott, executive director of Progress Michigan.

“We hear the message Republican leadership is sending loud and clear,” Scott said in a statement condemning the actions by Chatfield.

“When you’re a white male Republican in the legislature, you can wear a Confederate flag mask on the floor [as Sen. Dale Zorn (R-Ida) did]. You can make inappropriate sexual comments to multiple women just trying to do their jobs [as Sen. Pete Lucido (R-Shelby Twp.) did], or bring a gun to the governor’s State of the State speech [as Rep. Beau LaFave (R-Iron Mountain) did]. You can pal around with armed protesters violating public health orders and threatening the safety of your colleagues [referring to Senate Majority Leader Mike Shirkey (R-Clarklake)]. But the minute a woman or a person of color speaks up, the hammer falls. Systemic racism has flourished in the Republican-controlled state legislature.”