Home Civil Rights Hyacinthe and Rossman: A homecoming without the home: How the GI Bill...
Facebook
Twitter
Email
Print 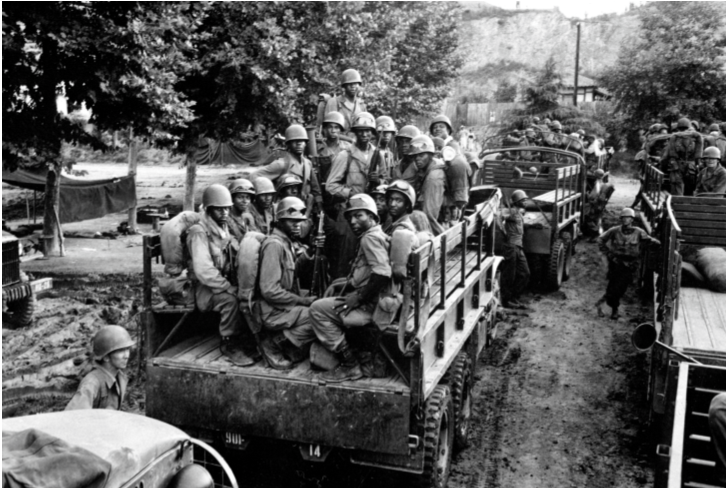 Last Wednesday was Veterans Day. And while it is an important day to honor our veterans past and present, it is also an opportunity to look at what we can and should be doing better for our veterans. When it comes to supporting our servicemen and women, our state and federal policies have too often fallen short of our rhetoric.

This is especially true of our Black veterans. Black men lead the country in military service, and have played a significant role in all of our country’s major conflicts dating back to the Civil War. But one of our nation’s biggest policies designed to recognize and repay veterans for their service largely cut Black soldiers out of the equation, creating racial divides and disparities that are still being felt to this day.

When President Franklin D. Roosevelt signed the GI Bill in 1944, he wrote that “With the signing of this bill a well-rounded program of special veterans’ benefits is nearly completed. It gives emphatic notice to the men and women in our armed forces that the American people do not intend to let them down.” That was certainly the intent, and the impact for many veterans. Many White veterans.

While the GI Bill didn’t specifically reject people based on race, the way it was implemented allowed explicit racism in state and local policy and the real estate and lending industries to largely exclude Black veterans. Progress toward equity under the GI Bill occurred because of the passage of civil rights laws two decades later.

Before it was passed by Congress and signed into law, the GI Bill was amended to allow states and local governments—not the federal government—to be in charge of distributing benefits to veterans. The language of the legislation left the policies open to interpretation, allowing the federal government to have plausible deniability on any ill intent while simultaneously allowing the programs to be managed in a racist and inequitable way.

At the time of the GI Bill’s creation, Black veterans were serving proudly in World War II, and came home with the hope of a new life, the ability to buy a home and the opportunity to go to college, the bill promised. But instead, they faced rejection and obstruction at every turn.

Think about the trauma and the post-traumatic stress disorder (PTSD) that many of these veterans who served in combat during World War II experienced. And then on top of that, they had to come back and deal with the trauma regarding the inability to live where they wanted and do what they wanted to flourish. Black veterans fought as hard and sacrificed as much as White veterans during their service, but when they came home, the benefits were not equal. To Black veterans, the GI Bill was a false sale of goods, as they were forced to live in poor communities where there were no opportunities.

This, in turn, began the development of racial and generational inequality that persists to this day. Home ownership is one of the greatest ways to gain wealth over generations. But because of the inequitable application of the GI Bill’s home ownership incentives, that peace of mind and having a place to call home wasn’t really available for Blacks. And in place of that security and financial stability, Black veterans were instead faced with unscrupulous landlords, substandard living conditions and unsafe neighborhoods. These conditions not only impacted the livelihood of those particular veterans, but also that veteran’s family for generations.

There were racial covenants in property deeds that restricted ownership to White residents—language that, while no longer enforced, is still in the deeds of many older homes today. “Redlining” made home loans and insurance impossible to get in Black neighborhoods, and government highway construction and blight removal projects displaced entire communities of color. And there are more recent policies that have harmed Black homeowners in particular like the subprime lending boom and tax foreclosures.

The GI Bill and these other policies and practices over the years have perpetuated present-day racial disparities and continue to cause pain and division. Segregated communities, long distances between home and work, unreliable public transportation, economic disparities, environmental health risks like lead exposure and asthma, and the continued instances of racially-motivated police violence and community tensions all stem from longstanding housing disparities.

These barriers to equity in home ownership and adequate support for Black veterans have built up over decades, and it’s going to take broader understanding, explicit intent, and hard work to start to undo them. That begins with making the connection between policies past and present and the continued challenges they pose to residents of color. And it continues with physical work on the ground as well as advocacy work in the Michigan Legislature and Congress. Habitat for Humanity and the Michigan League for Public Policy are proud to support all of our veterans—especially Black veterans who were harmed by past decisions—and we will continue to work to address their needs, strengthen our communities and improve our public policies.

GOP leader on having COVID: ‘The Chinese flu army sent in one of their best soldiers’