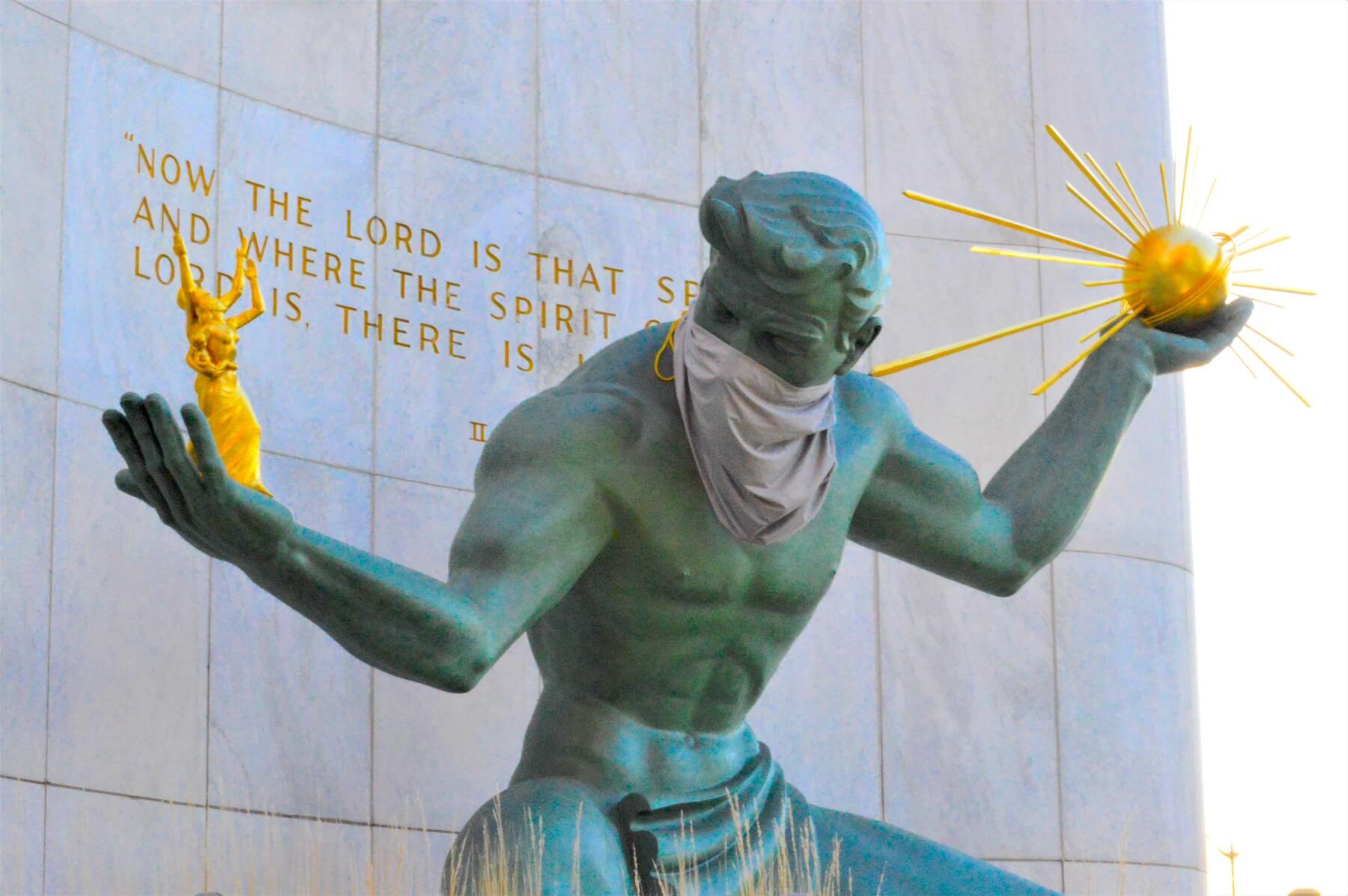 Detroit Mayor Mike Duggan is defending the three-week COVID-19-related restriction order issued by the Michigan Department of Health and Human Services (DHHS), but some local businesses in metro Detroit are worried about a long winter.

“The new restrictions announced yesterday by the governor and her team are necessary and we support them,” Duggan said during a Monday press conference.

Under the state order, indoor residential gatherings are limited to two households. Bars and restaurants can remain open for outdoor dining, carry-out and delivery only. Gyms can remain open for individual exercise with strict safety measures in place. However, casinos, movie theaters and group exercise classes must close. Colleges and high schools can remain open with remote learning, but not for in-person classes. The order begins on Wednesday and lasts until Dec. 8.

“If you are considering spending Thanksgiving with people outside your household, I urge you to reconsider,” Gov. Gretchen Whitmer said on Sunday.

DHHS’ order comes as the department on Monday reported that 264,576 Michiganders have tested positive for COVID-19 and 8,049 people have died from the virus.

Duggan said that city residents should brace themselves for three months and also announced that free COVID-19 tests are available at Joseph Walker Williams Recreation Center. The Health Department will provide testing at homeless centers and at 25 nursing located in Detroit.

The Detroit Health Department released new figures on Monday that indicate the city’s COVID-19 positivity rate has risen to 6.8%, which is up from about 2.3% a month ago.

Duggan said that he has heard from city residents who have argued that they have adhered to masking and social distancing and that recent spikes in coronavirus cases have been in other regions of the state.

“There is not a wall around Detroit, so the governor did what she had to do,” he said. “She has to treat us as a region.”

“Think about what the governor’s choice was,” Duggan added. “Had she treated Detroit differently, as its own region, and Detroit was the only place in southeastern Michigan where restaurants and casinos and entertainment  were open all of the folks in these surrounding areas with these ridiculous infection rates would have had one place to go and it’s not just Wayne, Oakland and Macomb [counties]. It’s Monroe, St. Clair and Livingston and Grand Rapids. They’re all at 14, 15 and 16% infection rates. We would have been the magnet.”

Ronda Coger, an independent beauty consultant for Jafra Cosmetics, said that 2020 has been a tough year for her.

In March, she battled COVID-19, an illness set her back both personally and professionally. Traditionally, most of her business has required in-person contact in homes and public spaces. Increasingly, however, she is conducting a significant portion of sales online and via mail.

The Southgate resident worries about fellow small business owners over the next several months as COVID-19 cases and deaths are likely to rise, which could result in extended state shutdown orders.

“A lot of them don’t have a rainy day fund,” said Coger.

“There’s no question about it city of Detroit businesses are being shut down now because of irresponsible behavior in the surrounding communities,” said Duggan.

Whitmer acknowledged that the restrictions are hard on employers and workers in a call with reporters on Monday. She again called on President Trump and Congress to pass another COVID-19 relief bill, which has been stalled since the spring, as Republicans have balked at more big spending plans.

“We do have some unemployment that is available, but I’ll just recognize our resources are strapped, just like every state in the nation. And that’s why this [federal] stimulus is so important,” Whitmer said. “… We’re all in the same boat. Our restaurants and our restaurant workers are struggling. That’s why we need help from the federal government. We don’t want these businesses to go under while we’re all confronting a national global pandemic.

“So we need the assistance; it’s going to be critical for these small businesses and for the workforce that is out [of work]. And we don’t have the resources as states to meet all those needs. We just don’t.”

Chuck Nolen, owner of Cutter’s Bar & Grill in Detroit, opted to close his business for several months during the spring and summer at a time when the virus was hitting the Motor City hard. He reopened in September, about three months after Whitmer rescinded her March 16 order and once again allowed bars and restaurants to open for dine-in business.

Nolen said that the new state order will hurt businesses that are struggling to keep the doors open.

“I understand that the shutdown is necessary,” said Nolen, who has operated the business located in Eastern Market for 16 years. “Short-term, it will be painful. Unfortunately, that short-term pain will cause a lot of businesses to not reopen. Long-term, is the best for the community and the overall health for our population. I understand it, but timing couldn’t be worse as we go into our busy season, the holiday season.”

Nolen employs 10 people, but had 21 employees before COVID-19 hit in March. He said that he will remain open for carry-out orders during the three-week period and will likely add a couple of days to his current weekend operation.

Meanwhile, the city Health Department will provide two ways to report businesses that are violating COVID-19-related safety restrictions. A form is available at detroitmi.gov/health and a hotline has been established 313-876-4000. Businesses found to be in violation will be subject to a fine of up to $1,000.

“Everyone needs to do their part in order to keep Detroit businesses open,” says Denise Fair, the city’s chief public health officer. “And that means following health guidelines so that Detroiters can go shopping or dine out with a level of confidence that all businesses are taking steps to ensure people are as safe as possible from contracting this disease.”