For decades, Michigan has relied on a small panel called the Board of State Canvassers to certify the state’s election results for presidential and down-ballot races.

But with Republican incumbent President Donald Trump contesting his loss and fueling rumors of coup-like GOP political maneuvers, that usually mundane process could also be thrown into turmoil if the board — which is evenly divided between Democrats and Republicans — refuses to certify election results showing that President-elect Joe Biden won the state of Michigan.

This is necessary before the state’s 16 electors cast their votes as part of the Electoral College.

“The remedies are a court order, including contempt of court, if necessary, and the court doing it itself if it absolutely has to,” Brewer said.

Over the weekend, a GOP-led joint committee of lawmakers convened a rare Saturday session to launch an investigation into unfounded accusations of election fraud. The committee voted along party lines to begin issuing subpoenas to state entities, including the Michigan Bureau of Elections.

The four-member Board of State Canvassers is split 2-2 between Democrats and Republicans. Chair Jeannette Bradshaw and member Julie Matuzak are both Democrats, while Vice Chair Aaron Van Langevelde and member Norman Shinkle are both Republicans.

What underpins a scenario of a deadlock is that the board’s duties are ministerial — meaning that their responsibility to certify election results must be performed according to established legal procedure and without exercising individual discretion.

“If the votes are there, and they’ve been certified by the counties … this board has no choice but to certify,” Brewer said.

This means that any refusal to carry out the board’s ministerial acts would have to be remedied by the courts — perhaps the Michigan Supreme Court.

The first remedy would be for the injured party — possibly any of the 16 state electors, or the Biden campaign — to bring about a lawsuit and get a court order directing the Board to certify the results.

If the board still remains deadlocked and does not act, the court has two main backup remedies. First, members refusing to certify the results could face serious consequences and be held in contempt of court, Brewer said.

Second, as a very last resort that Brewer noted he has only seen happen once or twice, the court could take the action that the board otherwise should. Essentially, the court itself would certify the election results and keep the process moving forward.

The governor does have the right to remove a member of the board for for “gross neglect of duty or for corrupt conduct in office, or for any other misfeasance or malfeasance therein” under Article 5, Section 10.in Michigan’s Constitution.*

Some other states have different processes of certifying their election results, like having the governor or secretary of state have the final say. But in Michigan, the Board of State Canvassers has been carrying out the duty successfully for many decades.

In all that time, Brewer said board members have deadlocked “fairly often” on ballot issues, but have never deadlocked on candidate races.

If a similar scenario does play out with the board refusing to certify results, it would slow down the process of appointing electors but could not stop it from happening altogether.

The board is set to meet by Nov. 23. Certifying all county results usually happens in the same meeting. 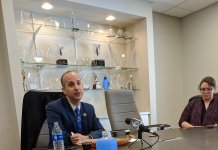 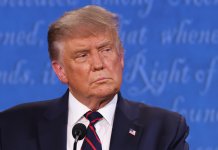