In wave elections, one party often dominates the races at the bottom of the ballot. In 2020, there was no clean sweep, which is not surprising with Democratic presidential nominee Joe Biden winning a close race at the top of the ticket against President Donald Trump.

Democrats won the two state Supreme Court seats on the ballot. For the statewide education boards — for Michigan State University, University of Michigan, Wayne State University and the state Board of Education — Dems look to have won five of eight seats.

Here’s a breakdown of the races:

MSU Board of Trustees

Two newcomers, one Republican and one Democrat, have won their races for the two available seats with eight-year terms on the Michigan State University Board of Trustees, which in recent years has come under scrutiny for its handling of the Larry Nassar scandal.

Nassar, a convicted pedophile and former MSU employee, sexually abused hundreds of athletes while serving as a doctor at the university and for USA Gymnastics.

Republican Pat O’Keefe and Democrat Rema Vassar have won, while Democratic incumbent Brian Mosallam is poised to lose his re-election bid. Once facing calls to step down in the wake of the Nassar scandal, Mosallam had gone on to launch his reelection campaign with support from some Nassar survivors. However, many survivor advocates have said that the board needs new representation.

O’Keefe, the founder and CEO of the business consulting firm O’Keefe, ran on a platform that emphasized protecting free speech on campus, especially for conservative students. Vassar holds a PhD from UCLA, is an associate professor at Eastern Michigan University, and is a former public school teacher and administrator. Her daughter attends MSU. In a statement to the Michigan Advance, she said her priorities for her work on the board include “safety and belongingness, accountability and transparency, and equity and access.”

WSU Board of Governors

Republican former Secretary of State Terri Lynn Land and Democratic incumbent Shirley Stancato have won the two open seats on the Wayne State Board of Governors.

With votes in from 83 of 84 counties, Land, who’s also a former Michigan GOP national committeewoman and U.S. Senate nominee, has benefited from name recognition and invested in her own billboards, received 2,364,102 votes, or 24.49%, according to unofficial results from the Michigan Secretary of State.

Stancato, a social justice advocate and race relations expert who was first appointed to the board by Gov. Gretchen Whitmer in late 2019, landed 2,340,386 votes, or 24.24%, according to the unofficial results.

The other major party candidates were close behind, with Democrat Eva Garza Dewaelsche, the president and CEO of SER Metro-Detroit Jobs for Progress, garnering 24.14% and Republican Don Gates, a retired U.S. Army colonel, receiving 23.7%.

U of M Board of Regents

Democratic incumbent Mark Bernstein and Republican newcomer Sarah Hubbard are ahead in a tight race for the two available seats on the University of Michigan Board of Regents.

Bernstein, an attorney who has served on the board since 2012 and whose brother is a justice on the Michigan Supreme Court, received 2,429,116 votes, or 24.65%, according to unofficial election results from the Michigan Secretary of State. Hubbard, a longtime lobbyist who bills herself as anti-abortion and pro-Second Amendment, garnered 2,366,484 votes, or 24.01%, according to the unofficial results. Both Bernstein and Hubbard are U of M alumni.

Dr. Shauna Diggs, a Democratic incumbent who has served on the board since 2012, landed 23.89% of the vote. Diggs too is a U of M alumna. Republican Carl Meyers, a U of M-Dearborn alumnus and the Senior Vice President of Investments for Raymond James in Dearborn, received 22.85% of the vote.

Here are the candidates on the ballot for MSU, ed boards and state Supreme Court

State Board of Education

Democrats are slated to maintain their 6-2 majority on the Michigan State Board of Education as Ellen Cogen Lipton and Jason Strayhorn won their races for the two available seats on the panel tasked with improving education for approximately 1.5 million public school students.

The two seats for eight-year terms are up for grabs in this year’s election after Democrats Lupe Ramos-Montigny, of Grand Rapids, and Michelle Fecteau, of Detroit, decided to not run for reelection. Democrats have held a majority on the board for much of the past 20 years. The board establishes education policy and standards and hires the state education superintendent, who oversees the Michigan Department of Education.

Lipton is an attorney from Huntington Woods who has degrees in both law and chemistry and previously served as a state representative for six years, and was a well-known critic of U.S. Education Secretary Betsy DeVos, a Michigan native and longtime funder and advocate of private and charter schools.

Strayhorn is a real estate developer from Novi and works as a Fox Sports analyst for Michigan State University, where he previously served as a football captain. An advocate for equitable school funding and limiting standardized testing, Strayhorn says on his website that his travel across the state for his career allows “him the privilege to interact with families of every socio-economic and cultural background.” 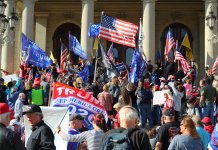 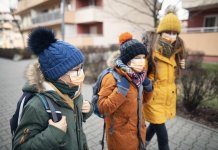 After Nassar scandal, Dem trustee loses seat on MSU board