Michigan health care workers on Monday blasted President Donald Trump’s decision to continue to hold large campaign rallies in Michigan, including events in Traverse City and Grand Rapids, despite a rise in COVID-19 cases and hospitalizations in the state and recently released research that links hundreds of COVID-19 deaths and tens of thousands of cases to Trump rallies.

“As frontline medical workers, we’re the ones who see the devastation of COVID-19 up close,” Dr. Rob Davidson, an emergency room doctor in West Michigan and the executive director of the Committee to Protect Medicare said during a phone call with the media Monday morning. “We’re angry and frustrated that the president continues to expose people to the risks of COVID-19, spreading infections to our communities and worsening the surge of cases we’re seeing across Michigan, especially here in West Michigan.”

“We’re angry and frustrated that the president continues to put people’s lives at risk, even when we now have data showing that his rallies may have contributed to cases and deaths that could have been avoided,” continued Davidon, a 2018 Democratic congressional candidate.

In a paper published Oct. 30, Stanford University economics researchers reported 18 Trump rallies held between June 20 and Sept. 22 around the country, including one in Freeland in Saginaw County, “likely led to more than 700 deaths” and “resulted in more than 30,000 incremental confirmed cases of COVID-19.” The president’s rallies typically draw large crowds, with participants often not wearing masks or practicing social distancing.

Trump, who is trailing in Michigan polls, has held a whirlwind of events throughout the state in recent weeks, including one in Macomb County on Sunday. He is scheduled to speak in Traverse City and Grand Rapids Monday night.

Trump’s opponent, Democratic nominee Joe Biden, has been holding smaller gatherings that have adhered more to social distancing, like drive-in events with former President Barack Obama in Flint and Detroit over the weekend. He has intentionally worked to not draw large crowds due to the pandemic.

Trump’s events come at a time when Michigan just reported its highest single-day COVID-19 case total since the pandemic began. On Saturday, the Michigan Department of Health and Human Services (DHHS) reported 3,792 new coronavirus cases and 31 deaths. More than 20,100 new cases were reported in the state last week, setting a new single-week record. COVID-19 hospitalizations rose 44% over the course of nine days, from 1,177 on Oct. 21  to 1,728 on Friday, Oct. 30, according to the state.

There have been a total of 178,180 confirmed COVID-19 cases and 7,340 deaths in Michigan, according to the most recent figures from DHHS. More than 230,000 people have died from COVID-19 in the United States.

“Hundreds of thousands of Americans have died because of the inaction from the Trump administration, and now hundreds, if not thousands, will have died because of the direct actions of the Trump reelection campaign,” Davidson said. “And his rallies have downstream effects as well: even if folks aren’t directly infected while attending [his rallies], they hear dangerous disinformation from Trump’s platform. They hear that masks are ineffective, that we don’t need to fear COVID-19, that the disease is disappearing, or that we’re rounding the corner. This is all completely false.”

This disinformation has resulted in increased risks for health care workers who not only face the realities of treating a pandemic but must deal with patients refusing to wear masks, according to Davidson.

“I personally had to confront many visitors to the hospital who have refused to wear a mask or who are dismissive of the coronavirus,” Davidson said. “…We had to [temporarily] close a clinic here in West Michigan because people have threatened staff over requirements to wear a mask. We’ve had to call police at our hospital to respond to individuals who’ve threatened to run around in our clinical spaces without a mask on and cough on people to give them COVID-19. The disinformation Trump spreads at his rallies is just as dangerous as the potential COVID-19 spread the rallies facilitate.”

“We do our jobs even when the president attacks doctors and nurses,” Bhatti said. “… Recently, he’s been spreading a widely debunked conspiracy theory that doctors are inflating COVID-19 deaths, when the reality is we’re working longer hours for less pay.”

As Trump prepares to spend his final hours of the election campaigning in Grand Rapids Monday night, Holman said he’s “very concerned about the impact of the rallies in Grand Rapids and West Michigan.”

“Every county in West Michigan is either in the middle of an ongoing COVID-19 outbreak or at an extreme risk of experiencing one,” he said. “Kent County … on Saturday reported a seven-day average of 313 positive cases, more than triple the rate at the start of October. … Many hospitals are near capacity.”

In northern Michigan, which too is experiencing a rise in COVID-19 cases, Trump’s rally in Traverse City on Monday puts the public at further risk of contracting the disease, Batcha said.

“Leaders should be encouraging people to stay away from large groups, not creating them like this,” she said. “They’re especially irresponsible at a time when we’re seeing an increase of COVID-19 patients. I take care of these patients with COVID, and I can tell you this disease is very real and the risk that’s created by these rallies is undeniable.”

The doctors and nurse who participated in Monday’s call joined a group of health care providers from throughout Michigan who today released a statement denouncing Trump’s rallies as public health risks.

“Michigan is now at risk of an imminent outbreak,” the statement reads. “Hospitals in West Michigan are at or near full capacity, and health systems fear the worst is still ahead of us.”

Correction: This story has been updated with the correct information on Trump’s Monday events. 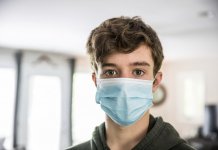 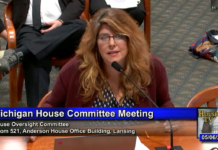 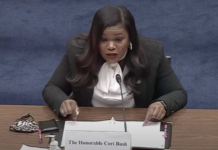