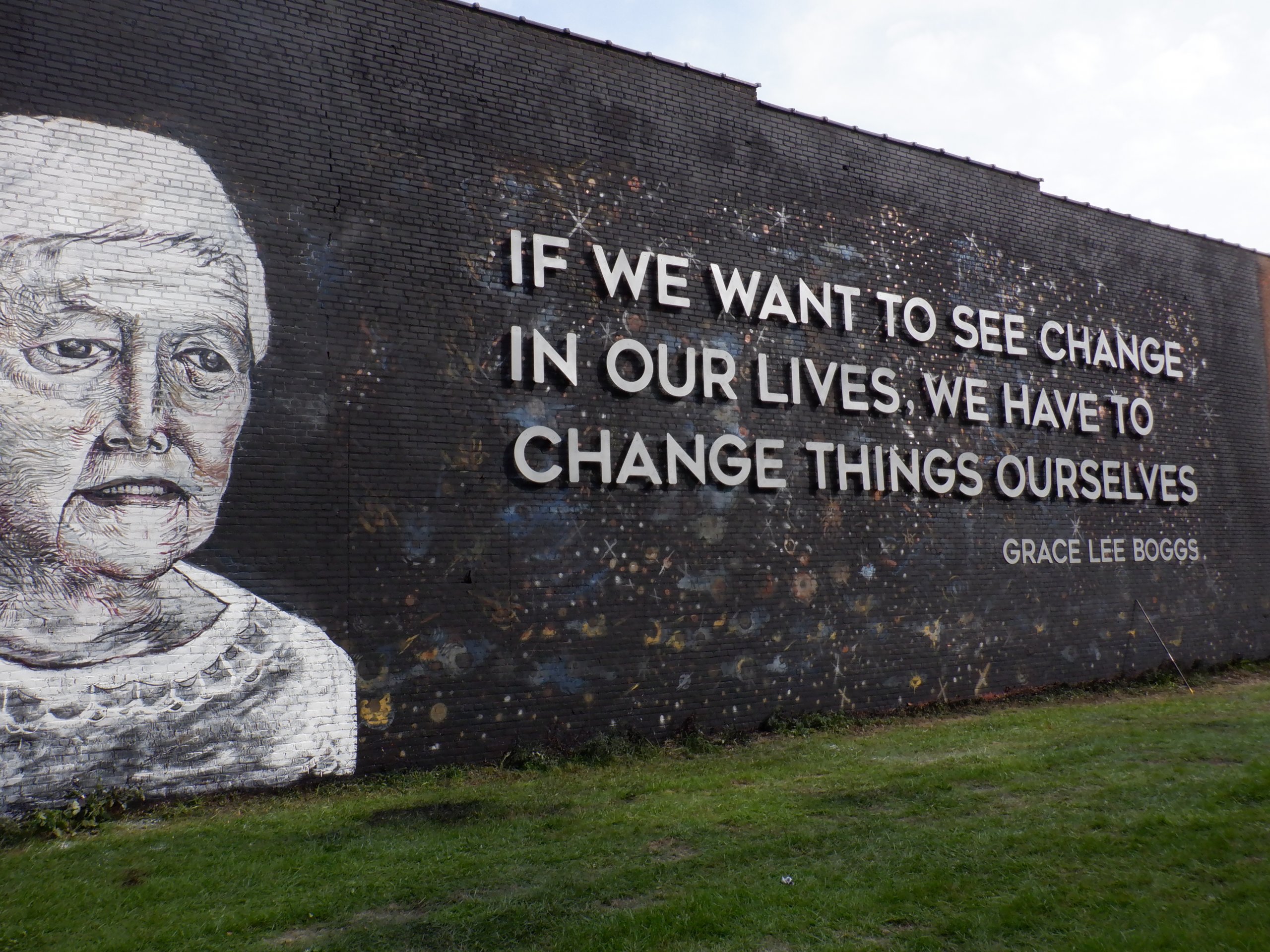 As a part of its “Our Power in the States” series, March For Our Lives on Tuesday unveiled in Detroit a mural of the late human rights activist Grace Lee Boggs. It coincided with National Voter Registration Day.

The mural, organizers said, is designed to engage and inspire young adults to vote in the Nov. 3 general election. It also aims to raise awareness about gun violence prevention, racial injustice, immigration policy, as well as health care and economic inequality.

“We must do so by registering to vote so that we can take our outrage to the polls come November,” said Claire Robinson, the group’s Michigan co-director.

March For Our Lives was founded in 2018 after the Marjory Stoneman Douglas High School mass shooting in Parkland, Fla., that left 17 dead. Similar art unveilings have been held in Miami, Atlanta, Raleigh, Philadelphia, Houston and Phoenix. The series will conclude by making stops in Denver and Milwaukee.

Boggs, an internationally known human rights activist, writer and Detroit resident, died in 2015 at 100. A school has been named in the honor of her and her late husband, James Boggs.

The mural, located on Holden Street just south of West Grand Boulevard, took four days to complete and reads: “If we want to see change in our lives, we have to change things ourselves.”

Sabrina Nelson, a Detroit native, created the mural and described Grace Lee Boggs as a hero and mentor.

“I loved Grace Lee Boggs and what she stood for and what she fought for. She and Jimmy Boggs remind me of people like James Baldwin,” said Nelson referring to the noted novelist and civil rights activist. “So I wanted to respect her the best way I could by putting her on this wall.”

Eli Day, spokesperson for the progressive group We The People Michigan, said young voters have the ability to determine the next set of officeholders on all levels of government.

“As with every election, today’s young people are uniquely positioned to sway the outcome, and possibly nudge the country in a more progressive direction,” said Day. “Young activists will be the first to tell you that popular action and long-term organizing are still the best locomotives for change. But many young leaders also understand that voting can be a powerful weapon in the larger toolkit for building a better world, one that can help create more favorable conditions for the long-term success of our movements.”