Black and Hispanic children are disproportionately affected by COVID-19 and face higher hospitalization rates from it than their white peers, according to a new report from the Centers for Disease Control and Prevention (CDC).

A study of 576 pediatric case data — taken between March 1 and July 25 from 14 states, including Michigan — shows eight children per 100,000 had to go to the hospital for treatment. Black, and Latino children had “higher cumulative rates of COVID-19–associated hospitalizations” than did white children.

About 39% of the children — 222 of 576 — had underlying medical conditions. Approximately 94 of those 222 had one or more underlying conditions, including obesity, chronic lung disease or premature birth.

Black and Latino children also had higher occurrences of underlying conditions — 29.8% and 45.7%, respectively, compared with 14.9% of white children.

The report also found that one out of three hospitalized children was admitted to a facility’s intensive care unit (ICU).

Fever and chills were the most common symptom, showing up in 54% of children, according to the report. In children under two years of age, that increased to 74.6%. Approximately 42% of hospitalized children exhibited nausea, vomiting, abdominal pain or diarrhea.

Most cases of COVID-19 reported in children under 18 years old are asymptomatic or mild. Less is known about more severe COVID-19 cases that require children to be hospitalized, per the report. The new data concludes that Black and Latino children are more likely to show severe symptoms.

Reasons for such hospitalization disparities between races are “not fully understood,” according to the report.

The report arrives as K-12 schools around the nation weigh how to conduct learning in the fall, with some already returning to in-person classes. Several health experts have warned a return to in-person teaching will increase COVID-19 transmission and could overwhelm school districts. President Donald Trump has been vocal about opening schools in the fall, previously suggesting those that don’t offer in-person teaching should have funding cut off. 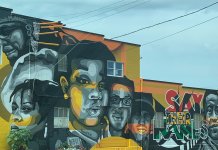 CDC: Black and Latino children at higher risk of hospitalization from COVID-19