Only absentee ballots that are received by 8 p.m. on election day will be counted — even if they are earmarked for an earlier date. This Michigan Supreme Court decision comes as Michigan has seen historic levels of mail-in voting, thanks to a voting rights constitutional amendment passed in 2018.

In a 4-3 order Friday, the court declined to consider an appeal from a lower court that had reinforced the election day deadline on July 15.

The lawsuit, League of Women Voters v Michigan Secretary of State, was brought in May. The petitioners sought to make absentee votes count as long as they were mailed on or before election day and were received by the clerk’s office within a certain time frame after then.

By not taking up the appeal, the Supreme Court essentially keeps the original deadline in place.

Justice Richard Bernstein authored the dissenting argument, and was joined by Chief Justice Bridget McCormack and Justice Megan Cavanagh. The three justices were nominated by Democrats.

“Although numbers for the upcoming August primary election have not yet been finalized, we know that Michigan voters have already requested many more absentee ballots this year than in past years, and it seems obvious that the COVID-19 pandemic will only increase the number of requests,” Bernstein wrote.

Bernstein then noted how close the margins of victory were in the 2016 presidential election and down-ballot state races, adding: “The plaintiffs here estimate that as a result of the Court of Appeals’ decision, between 41,000 and 64,000 absentee ballots will not be counted.”

According to Secretary of State Jocelyn Benson, more than 2 million Michigan voters have so far requested absentee ballots and about 900,000 have returned them.

Benson released a statement Friday morning encouraging Michiganders to vote early this weekend and hand in their absentee ballots in person to avoid any mail delays. 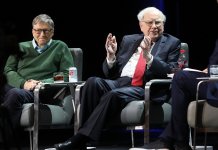 Supreme Court: Absentee ballots must be received by election day to count