As political journalists, we tend to write about men and women who are boisterous and brash, serving up great quotes and stinging one-liners. The red meat stuff is what many of us crave.

But as I reviewed former state Sen. Morris Hood III’s farewell statement to the Legislature’s upper chamber in December 2018, I was reminded of his civility and compassion. It, too, is newsworthy, especially during a period in our country when leaders at the highest level will say virtually anything to excite their base.

First, what struck me is that the Detroit Democrat spoke for about 15 minutes that day, something that’s not very common on either the House or Senate floor. The second thing that was memorable was that in a hyper-political period, where Democrats and Republicans do not agree on much at all, Hood was equally complimentary to both sides. You rarely see that these days.

“Mo,” as he was called by many, died on Tuesday of a COVID-19-related illness. He served in the state House of Representatives, beginning in 2005, and state Senate, beginning in 2011. He was only 54.

State Sen. Curtis Hertel Jr. (D-East Lansing), a former colleague, told me Mo was not caught up in the trappings of political life — the excesses of bad judgement that have ruined the careers of some legacy lawmakers, those who are daughters and sons of former House and Senate members.

“Morris never asked you to call him, ‘Senator,’” said Hertel, who met Hood during his time as a legislative liaison for the Department of Community Health under former Gov. Jennifer Granholm. Hertel’s late father, Curtis Hertel Sr., was House speaker during the mid-1990s.

Mo could have looked at himself as political royalty and strutted around the state Capitol and Detroit with a strong sense of entitlement.

After all, his grandfather, Morris Hood Sr., cast an Electoral College ballot in 1960 for John F. Kennedy, the young Irish Catholic Democratic who captured the nation’s hopes and dreams with his ambitious “Great Frontier” agenda that included space exploration and domestic poverty eradication. Hood Sr., a UAW member, was one of 20* people identified by the Michigan Democratic Party and granted that privilege.

Mo’s father, Morris Hood Jr., and uncle, Raymond Hood, were lawmakers in Lansing during the pre-term limit era. Morris Jr. helped found the Michigan Legislative Black Caucus in 1976. In 1997, he became our state’s first African American to chair the powerful House Appropriations Committee. His father died in 1997; his grandfather succumbed in 2001 at age 92.

Yet, Mo did not exhibit hubris.

When it became public in 2016 that he needed a kidney transplant, Hertel recalled his former colleague was more concerned about an upcoming important teacher pension vote rather than his own health and the major surgery that he was to undertake.

“As someone elected to represent the residents of the 3rd Senate District, I realize that the timing of my operation was less than ideal,” Hood said. “Believe me, the decision was not an easy one to make. Our teachers’ pensions — that they have worked hard for and deserve — are in jeopardy, and we must continue to do everything we can to help protect them.”

In his closing remarks as his Senate tenure ended in 2018, Hood thanked colleagues like Hertel, then a freshman member. He didn’t brag or boast about his record.

“Curtis, you’re a chip off the old block and your dad would be proud of you,” said Hood. “As I told you before, your dad and my dad — as you well know — were very close. They are up in heaven now drinking a beverage of their liking, and they’re looking down and saying, ‘Our boys have done OK.’ Thank you, Curtis, for being a friend and thank you for being a chip off the old block.”

Hood didn’t use the speech to chest-thump about legislation that he sponsored, or to settle scores with political enemies. Rather, he thanked longtime staffers. He praised other lawmakers on both sides of the aisle. He spoke about the importance that his family played in this life.

At one point, Hood thanked then-Senate Majority Leader Arlan Meekhof, a West Olive Republican who he had harsh words with during an intense debate on the floor regarding the Detroit Public Schools. “I know that in one incident I was standing at this mic right here and I said a couple things,” Hood recalled. “Some may have taken that a little personal, but it was not, sir.”

"Enjoy this. Enjoy your family. Enjoy your spouses. Tell them that you love them every day, because tomorrow may not be here — it may not." Rest in Power, Senator Morris Hood III. pic.twitter.com/ULYRWkNbSu

Hood also spoke in his farewell about his wife, Angela, who died in 2013.

Alisha Bell, Wayne County Commission chair, has known Hood since they were kids. They both lived on the same street, in the same legislative district and are about the same age. Both had a parent who served as an elected official; her mother was former county Commissioner Edna Bell.

“He was a humble, down-to-earth, and an approachable guy,” Bell told me on Tuesday. “He was just about doing the work.”

COVID-19 is a nasty virus that has taken too many, too soon. It has robbed us of many good people throughout the state. At a time when political narcissism is the order of the day far too often, Morris Hood III was refreshing.

“I love everybody in here,” Hood said as he concluded his farewell speech. “The lobby corps, there are a lot of good folks out there. I love you guys. I will say this again, I love you and there’s nothing you can do about it. Thank you for putting up with me.”

Hertel Jr. approached Hood after the speech and said: “I know that your dad is proud.” 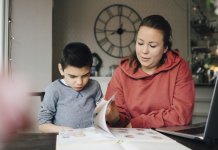