Secretary of State Jocelyn Benson joined her at a news conference and spoke about the pandemic’s impacts on Tuesday’s election. And Dr. Joneigh Khaldun, Michigan’s chief medical executive, gave updates on the number of Michigan residents who have been tested or recovered from COVID-19.

Whitmer on Monday signed ED 2020-5, which establishes the Michigan COVID-19 Office of Accountability to provide oversight of all crisis spending tied to the pandemic. Officials will report to Whitmer and Chris Kolb, Michigan’s state budget director.

Taking steps to reduce COVID-19 risks has required significant funding, but Whitmer’s office did not have the total amount as of this story’s publication. The money has come from the state treasury, philanthropists and the federal government, Whitmer said.

“Michiganders have the right to expect, no less so in a time of crisis, that state government will be responsible stewards of their resources,” she said.

The Department of Technology, Management and Budget (DTMB) is designating a chief accountability officer to lead the office.

The GOP-led Legislature already has established a bicameral oversight committee for the state’s handling of COVID-19 that has subpoena power. GOP leaders also have floated the idea of no longer funding COVID-19 spending unless Whitmer relinquishes some of her powers.

Whitmer was asked about executive actions she’s taken during the pandemic, as the Legislature in recent weeks has passed a variety of measures pushing back on it. On Thursday, the House and Senate voted to authorize a lawsuit against Whitmer during a long session that coincided with a right-wing protest.

“Here’s what I have to say: We are in a global pandemic. We have lost thousands of Michiganders to a virus,” Whitmer said. “None of us have seen anything like this in our lifetimes.

“That’s why it’s so important that we get this right,” she continued. “I’m happy to work with the Legislature. I think, ideally, we all get on the same page here. What I can’t do is negotiate like this is a political issue. This is a public health issue. I need to listen to the epidemiologists and the health experts in our state and across our country, and that’s precisely what I’m doing.”

Khaldun: State ‘on the right track’

Khaldun said she’s pleased with Michigan’s progress in fighting COVID-19. But there continues to be a difference in cases and deaths by region. Southeast Michigan saw a surge in cases about a month ago. Now, western parts of the state are seeing spikes in case numbers.

“We’re closely working with our health departments in those areas to make sure we’re monitoring any outbreaks and isolating and quarantining people as necessary.”

There were 547 new COVID-19 cases and 29 deaths reported on Sunday, bringing Michigan’s respective totals to 43,754 confirmed cases and 4,049 deaths.

As of Friday, at least 15,659 Michigan residents had recovered from COVID-19. The rate of rise in cases is also slowing, Khaldun said. However, those aren’t reasons to forgo social distancing or wearing a mask, she said.

The state tested a total of 11,385 people on May 1, the highest number yet of tests conducted. Testing is one of the most important things the state can do right now, Khaldun said. It’s the only way the state will know where the disease is so it can be isolated, she added.

Back in March, Whitmer signed an executive order that expanded absentee voting for the state’s local elections on Tuesday. Benson, who worked with Whitmer on the order, gave an update on her office’s process of holding elections during the pandemic.

“In times of crisis, the ability to ensure that our citizens are able to hold their elected officials accountable and weigh in on issues critical to their communities is all the more important,” she said.

Benson’s office gave each local community the chance to withdraw or postpone items on their ballots to a later election. About half of communities chose to postpone elections, Benson said. Some school districts also told Benson’s office that their schools would not be funded if summer millages were not voted on in May.

All registered voters living in a jurisdiction with a local election received applications to request ballots be mailed to them directly. All postage was covered, Benson said. About 740,000 people received mail-in ballots this way.

One voting location per jurisdiction is also required to be open so people can, if necessary, register to vote or return a ballot in-person for Tuesday’s election, Benson said. Election clerks have been briefed on social distancing tactics for in-person voting and have been supplied with hand sanitizer and personal protective equipment (PPE), she added.

More than 140,000 citizens have returned ballots by mail, Benson said.

“[That demonstrates] that even in times of great uncertainty, people want to vote and they want to weigh in on important local issues,” Benson said.

Benson said her office will focus on protecting voters’ health and safety throughout two other statewide elections this year, the state’s August presidential primary and the U.S. presidential election in November.

Whitmer, who noted it was Michigan Nurses Week, Michigan Teachers Week and Michigan Correctional Officers Week, took time to thank essential workers in the state who are responding to the pandemic.

“The real heroes in this moment are the medical workers, the first responders and the other essential workers who are putting their lives on the line every day for the rest of us,” she said.

Whitmer was asked about the large crowds who congregated at Belle Isle and Grand Haven state parks over the weekend. The governor, who noted the weather had improved, said she was “very concerned” about the lack of social distancing at both locations.

“When social distancing practices are dropped, that’s when you are vulnerable to a second wave,” Whitmer said.

She said she is looking at the question of state park access and plans to address it on Wednesday.

The state on Monday also issued additional guidelines on the state’s temporary restrictions of non-emergency medical and dental procedures.

The restrictions, put in place in March under EO 2020-17, limited non-critical procedures to slow the spread of COVID-19 and to make sure health care systems would have enough staffing, beds and personal protective equipment (PPE) to care for COVID-19 patients.

But the additional guidelines for the order are meant to ensure patients aren’t forgoing needed care. They can be found here.

They include implementing best practices for infection prevention and control, like eliminating waiting room times, requiring patients to wear masks and, when possible, virtually conducting appointments and check-ins.

The most vulnerable patients should be allowed face-to-face appointments and in-person interactions for necessary services like immunizations, per the guidelines. 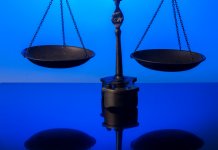 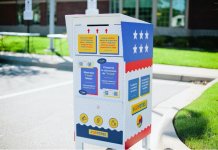