A man who has been described by some as the “Spirit of Detroit” has succumbed to COVID-19.

Thomas A. Wilson Jr., a fixture in Motor City community and politics circles for several decades, died on Wednesday. He was 73.

“He had a fantastic life,” said Eileen Wilson, his wife of more than 50 years. “I just wish that I could have had him a little while longer.”

Tom Wilson tested positive for coronavirus about one month ago. After that, the former Detroit neighborhood City Hall manager and retired Detroit Public Schools physical education teacher had been hospitalized for nine days and seemingly was improving each day.

“I thought that he was coming out of it,” Eileen Wilson said.

But her husdand’s condition took a turn for the worst. Wilson became yet another victim to the virus that has taken the lives of young and old, those in good and failing health, those who reside in rural communities as well as urban ones. As of Sunday, Michigan had experienced 37,778 confirmed COVID-19 cases and 3,315 deaths. In Detroit, officials confirm 8,613 cases and 922 deaths. African Americans compose about 14% of the Michigan population. However, they account for 32% of cases and 41% of deaths.

“He was an educator, a public servant, and dedicated his life to the city of Detroit,” Lawrence tweeted. “My thoughts are with his family during this difficult time. He will be greatly missed.”

After graduating from Detroit Cathedral High School in 1966, Wilson enrolled at Wayne State University, where he played fullback on the football team. He earned a bachelor’s degree in education there and later received a master’s degree from Eastern Michigan University.

Ken Coleman: The COVID-19 crisis has rocked Detroit and my life. But it’s also inspired me.

An area Senior Olympics medalist, Wilson was an avid swimmer. He served as a precinct delegate and sergeant-at-arms for the 14th Congressional District Democratic Organization for several years, as well as president of the Detroit Northwestern District Police-Community Organization. When he was not carrying out various civic and political duties, he and Eileen raised two children and three grandchildren and resided on the city’s Northwest side.

“He stayed connected to the community,” former Detroit Mayor Dennis W. Archer told the Advance on Sunday. “He loved the city of Detroit.”

Wilson attended the historic 2008 Democratic National Convention in Denver, Colo., where Barack Obama was tapped to represent the party as its presidential nominee.

“I never thought I’d live to see the day that a man who looked like me would become the presidential nominee,” Wilson told the Detroit Free Press in August 2008. “This is one of the reasons I’m proud of this country, as a people from a vast array of ethnicities have put their prejudices and bias aside.”

Beginning in the 1980s, Wilson routinely penned his thoughts as letters to the editor that were often published in the Detroit News, Detroit Free Press and Michigan Chronicle. A 1993 candidate for Detroit City Council, Wilson also was a frequent caller to local talk radio, offering political critiques with a sunny disposition, something that set him apart from many.

WDET-FM radio host Stephen Henderson paid tribute to Wilson last week and appeared to be overcome with emotion as he talked about him on-air.

“[Tom] was one of the most earnest people I knew,” Henderson said. “One of the most engaged. And just a gentle, optimistic man. He was exactly the kind of listener and caller we love and need, especially right now, when so much seems upside down and crazy.”

Eileen Wilson said that she is completing a video tribute to her late husband that will be posted on his Facebook page.

“He had a wonderful life,” she said about her husband. “He was a golden, golden person.” 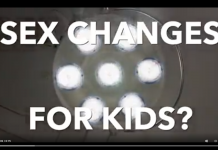