WASHINGTON — Lawmakers announced the framework for a bipartisan deal on a $2 trillion spending package early Wednesday morning, but specifics of a final bill and a timeline for enactment remain uncertain, as both Republicans and Democrats raised concerns throughout the day.

U.S. Senate Majority Leader Mitch McConnell (R-Ky.) said that he expected the chamber to pass the legislation on Wednesday. He said the bill isn’t a stimulus package, but “emergency relief” for Americans impacted by the COVID-19 crisis.

“Help is on the way, big help, quick help,” U.S. Senate Minority Leader Chuck Schumer (D-N.Y.) said on Wednesday. The measure would be the largest economic stimulus package enacted by the U.S. government.

But House Democrats and some outside groups have signaled remaining concerns about the legislation. U.S. House Majority Leader Steny Hoyer (D-Md.) suggested Wednesday that the chamber wouldn’t vote until Thursday at the earliest, and it’s unclear whether the relief package will make it to the White House for President Donald Trump’s signature this week.

U.S. House Speaker Nancy Pelosi (D-Calif.) said Wednesday that House Democrats were reviewing the bill. The legislation “does not go as far” as the relief package laid out by House Democrats, she said, but “the bill has moved a great deal closer to America’s workers” than Senate Republicans’ initial plan.

“We write to strongly urge you to include a prohibition on water shutoffs as you negotiate an agreement on a response to the coronavirus pandemic. Access to safe water is an essential public health and safety measure to prevent the spread of COVID-19. As such, any final agreement on the COVID-19 stimulus response bill must include robust provisions preventing water shutoffs,” the letter reads.

The House version of the bill included provisions that would prohibit water shutoffs. But the Senate version being finalized does not include that language.

“Households that have their water disconnected are less able to protect themselves from COVID-19. According to the CDC, one of the most effective ways to prevent the spread of COVID-19 is to wash one’s hands often with soap and water for at least 20 seconds. Access to safe water is essential to maintain proper hygiene and prevent the transmission of COVID-19 to individuals inside and outside the household,” the letter reads.

Earlier this month, Gov. Gretchen Whitmer, Detroit Mayor Mike Duggan and the Detroit Water and Sewerage Department (DWSD) announced a plan that will restore water service in the city of Detroit at “no initial cost to customers” for the duration of the coronavirus outbreak.

A significant piece of the Senate’s plan is a dramatic increase in unemployment insurance benefits. That would include about $600 per person per week in federal money, which would be in addition to what people get from states. However, several GOP senators, like U.S. Sen. Lindsey Graham (R-S.C.), expressed concerns about that piece being too generous.

Individuals would also receive direct checks of $1,200 per person for many adults and $500 for dependent children. The amounts would be less for those with higher incomes and could be sent out within the coming weeks, Pennsylvania Republican U.S. Sen. Pat Toomey told reporters on Wednesday.

The package also includes almost $380 billion to boost small businesses. Through that program, loans to cover payroll and other necessary business costs would be available to companies that employ up to 500 people. Those loans could ultimately be forgiven, Toomey said, “so what it really means is the federal government is paying the payroll for small businesses.”

The Senate deal also includes about $100 billion that would go directly to hospitals and other health care providers.

U.S. Sen. Tim Kaine (D-Va.) called the Senate’s deal a “Marshall Plan” for funneling money into the health care system in a call with reporters Wednesday. He blamed President Donald Trump for wasting six to eight weeks on the front end of the crisis by saying that Americans didn’t need to worry about the threat posed by COVID-19.

“We cannot afford to make any more mistakes on the health care side of this,” Kaine said.

Another $500 billion would go toward a lending fund for industries, cities and states. Medium- to large-sized companies could receive a 50% tax credit toward their payroll.

States would receive $150 billion that would be allocated principally by population, Toomey said. State governments would have broad discretion on how to spend their share in response to the COVID-19 pandemic.

This bill, if enacted, would mark the third major coronavirus response package in recent weeks as Washington has scrambled to buoy the health care system and provide economic relief. But it’s not expected to be the last legislation aimed at tackling the crisis.

“I don’t think anyone believes this is the last piece of COVID-19 legislation we’ll pass,” Kaine told reporters. 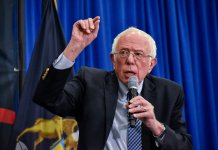 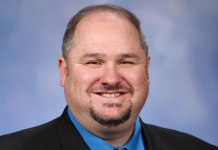 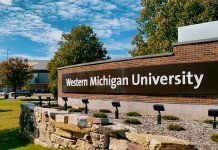