The House’s lone independent, Justin Amash, has been flirting with a Libertarian presidential bid for more than a year.

That predates Amash’s decision last spring to call for an impeachment inquiry of President Trump, which, of course led to the president torching him as a “loser” and “total lightweight.” Then Republicans ostracized Amash, culminating in his dramatic July 4 declaration that he was ditching the party to become an independent.

The buzz has died down a bit, as the Cascade Township congressman pulled out the rare feat last quarter of outraising all his rivals in West Michigan’s 3rd District, Democrat and Republican alike (several challengers have now dropped out).

But with U.S. Sen. Bernie Sanders (I-Vt.) as the Democratic presidential frontrunner, solidified by a strong victory in the Nevada caucuses on Saturday, the odds of an Amash third-party bid probably just went up. And while the conventional wisdom has been that his entry would siphon conservative votes from Trump and boost Democrats — particularly in must-win Michigan — there’s some evidence that assumption may be wrong.

So why would Amash run, injecting uncertainty into an already combustible race?

Like many pundits, he’s fond of the “both sides” critique of Democrats and Republicans. His take isn’t rooted in amorphous cocktail-party-chatter centrism, but rather in libertarian economic principles that he believes both parties regularly violate.

He was elected in 2010 during the height of the Tea Party wave, supposedly fueled by righteous right-wing anger over President Obama’s spending to lift us out of the Great Recession. Amash became a founding member of the House Freedom Caucus and joined forces with civil liberties groups to critique many of Obama’s national security policies, like warrantless wiretapping.

But the party was over when Trump pulled out a surprising win in 2016. Suddenly, the Freedom Caucus was good with a president insatiably exploiting executive powers for his border wall and spiking the deficit, confirming progressives’ critique that the Tea Party was a hyperpartisan group angered by the first Black president.

Amash seemed to keep the faith that his brethren would see the light, but he resigned after coming out for impeachment hearings in 2019. Soon after, Amash abandoned the GOP completely. In December, he joined Democrats and voted for both articles of Trump’s impeachment.

But Amash is still no fan of Democrats and is particularly critical of Sanders’ self-described “democratic socialism,” arguing his spending is unsustainable and squelches freedom. Last night, Amash helpfully suggested that Trump and Sanders read Henry Hazlitt’s libertarian bible, “Economics in One Lesson.”

The difference between my classical liberalism and Bernie’s and Trump’s socialism is I believe the government should secure our rights, not secure the power of central planners who violate our rights. https://t.co/ZvZGFJ28fn

He seems to be thoroughly relishing his independent status, telling the Advance last fall that he switches which side of the House floor he’ll speak on, depending on which party he plans to anger that day.

“Being in one of these parties is kind of miserable,” Amash said. “You come to work and the leadership tried to focus you on partisan fights the whole time and messaging, and they don’t really care about policy. They certainly don’t care about principles. And that’s just a miserable state to be in.”

So Amash could take a principled stand and run as a third-party presidential candidate. It would instantly mean a national platform for his libertarian ideas and allow him to draw sharp contrasts with Democrats and the GOP — Sunday shows and cable news would be chomping at the bit to book him. Recall that in 2016, talking heads valiantly tried to elevate Libertarian nominee Gary Johnson (whose laughable ignorance of foreign policy didn’t stop the conservative Detroit News editorial page from endorsing him). But Amash would bring real intellectual heft.

“I do think that one of the things President Trump revealed with his election is that one person can influence a lot of people by becoming president, and I certainly think that’s important,” Amash told the Advance last fall. “I think that I could have a positive influence on the way people treat each other.”

There also would be practical reasons for Amash to run for president.

Let’s face it. It’s an uphill battle to win a Michigan congressional seat as an independent. Unlike states like Maine, we have no real modern tradition of that. Former U.S. Rep. Joe Schwarz, a former moderate Republican who used to represent part of the 3rd, has weighed independent bids for both Congress and governor, and ultimately decided it was a quixotic quest. (In case you’re wondering, he endorsed Hillary Clinton in 2016 and told me he absolutely will not vote for Trump this year).

So if Amash suspects he’s going to lose in 2020, he may decide to do so while wielding a bigger microphone on a much bigger stage.

And now for the multi-billion-dollar question: What impact would Amash have on the presidential race? If Michigan proves decisive and is close as it was four years ago — when Trump won by 10,704 votes — a somewhat known, hometown third-party candidate could be a spoiler.

Last May, a Detroit News poll tried to test that theory out, pitting Trump against then-frontrunner Joe Biden with Amash in the mix. The results were “somewhat startling,” pollster Richard Czuba said, with Amash at 10%, thanks to drawing independents from the Democrat — not Trump.

“He will not take away Republican votes from Trump,” Czuba said. “What he will do is give independent voters who don’t want to support President Trump an outlet to not vote for the Democrat. And if you look at who or what would be moving toward Amash, it is particularly independent men.”

Amash’s presence could also hurt Democrats further down the ticket, as fewer people would likely be voting straight-ticket.

A lot has changed in the election since the poll was taken, of course. But it is a helpful reminder that knee-jerk assumptions in politics are often wrong.

Amash says he believes Trump will lose Michigan in 2020, since he’s turned off suburban voters. But it would really be something if the one of the highest-profile conservatives who refused to pledge “undying loyalty” to Trump ended up securing his reelection after all. 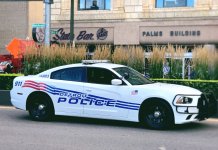 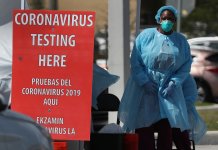 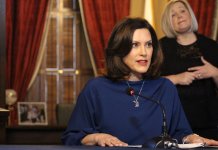 Susan J. Demas: From ‘fix the damn roads’ to give us the damn masks: Whitmer’s governorship takes an unexpected national turn