One of Michigan’s largest public utilities must go back to the drawing board and come up with a better plan to provide electricity to customers over the next 15 years, a state regulatory body decided last week.

Since then, more than 8,000 public comments on the plan have been submitted to the MPSC. Most of those call for DTE’s plan to be rejected. A coalition of pro-clean energy organizations also denounced DTE’s plan in November, with a “report card” giving DTE failing grades on its clean energy investments and efforts to phase out fossil fuels.

The groups urged the MPSC to deny the utility’s plan and request a better one.

The commission ended up doing just that on Thursday, rejecting the proposal based on a “lack of competitive bidding and other problems identified by stakeholders and MPSC Staff.” The commission called for “substantial changes” to be made in DTE’s revised proposal by the March 21 deadline.

A spokesperson for DTE Energy did not immediately respond for comment.

“Instead of protecting clean water, clean air and our communities, DTE chose to double down on expensive, polluting fossil fuels burned at River Rouge and Belle River,” said Theresa Landrum, a Detroit resident and activist with Sierra Club of Michigan. “… We applaud the MPSC for holding DTE accountable. We call on DTE to come back with a plan that prioritizes renewable energy sources, efficiency programs and storage technology instead of fracked gas and dirty coal.”

Charlotte Jameson of the Michigan Environmental Council said that “while we still believe the Commission should have rejected DTE’s long range energy plan, the decision to approve it with significant recommended changes is validation of many of the flaws and inadequacies of the plan.”

Parties involved in the case have until Friday, March 6 to file comments in response to the MPSC’s recommendations.

DTE has until Saturday, March 21 to submit a revised integrated resource plan (IRP). The company would also need to submit a request for proposals for new electric generation resources before the IRP could be approved. 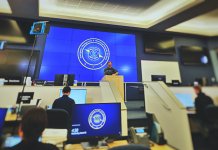 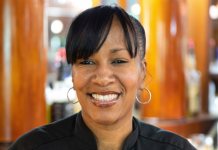