House Bill 5465 would create a new act establishing a rare disease review committee within the Department of Health and Human Services (DHHS).

The committee would be tasked with creating a list of rare diseases on DHHS’ website, and it would be reviewed and updated every two years. The panel would select one rare disease for further study each year.

As of now, there are only six diseases listed on the bill, which include spinal bifida, Krabbe disease, cystic fibrosis, a pediatric autoimmune neuropsychiatric disorder if the disorder is considered a rare disease, long QT syndrome and cytomegalovirus.

The bill calls for Gov. Gretchen Whitmer to appoint members by Jan. 1, 2021.

Heidi Ross with the National Organization for Rare Diseases (NORD) supports the bill. Ross said there are more than 7,000 rare diseases, and that NORD represents them.

She added that 11 states have already passed a bill regarding rare diseases, but there is a need to create a Michigan-specific committee to provide people with resources and information about their condition.

Gabe Basso, a lobbyist with health insurer Blue Cross Blue Shield of Michigan, said that the organization supports the concept and intent of HB 5465, but small changes needed to be made, such as removing the six diseases already listed on the bill, arguing that one disease is not more important than another.

He also suggested that additional seats be added to the committee, including a health maintenance organization (HMO) and a health insurer. Basso said he hoped the committee’s findings and recommendations will be based off of medical and scientific data.

The Alexander Graham Bell Association for the Deaf and Hard of Hearing supports the bill and does not want Cytomegalovirus (CMV) taken off the list of rare diseases.

The other bill, House Bill 5178, aims to make some changes to the Mental Health Code and would require DHHS to establish, maintain, and revise a uniform community mental health services credentialing program state department or agency use.

If the bill is signed into law, it would require DHHS to submit a report every six months to describe its progress and completion of the news steps.

The committee voted to adopt a substitution for the bill on Thursday, and Vice Chair Ben Frederick (R-Owosso) said the bill would be sent to the Ways and Means Committee to vote on it, the next step before it goes before the full House. 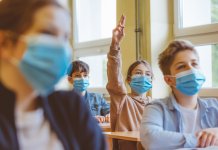