Gov. Gretchen Whitmer’s budget proposal for Fiscal Year 2021 boasts the greatest investment in schools the state has seen in the last two decades, offering $15.9 billion for the School Aid budget — a 4.9% increase from last year.

As she did for the FY 2020 budget, Whitmer is pushing hard for a weighted school funding model to close the inequitable funding gap between districts, something she told the Advance she would do in an exclusive interview before her State of the State address last week. She is recommending a $415 million investment.

This model includes a base per-pupil foundation payment that builds off the existing allowance, plus gives additional funding for students with more costly educational needs, like students with special needs, at-risk students and English Language Learners (ELL).

“This is evidence-based, and we know that when we prioritize our spending this way that we really are ensuring we are leveling the playing field for our kids so we can have level outcomes for kids, as well,” Whitmer said. “Last year we did take some steps toward it, the weighted foundation allowance, and this expands upon that.”

These increases in funding will reduce the gap between the minimum and maximum foundation allowance from $418 to $343.

The budget proposes increased funding and additional support for at-risk students, ELL students and a variety of special education services.

Funding for academically at-risk and economically disadvantaged students increased by $60 million, which brings it to a total of $582 million. This increase would allow districts to provide tutoring and counseling to improve academic outcomes for these students.

The budget also includes an additional $50 per ELL student, at a cost increase of $5 million.

There also is an increase of $60 million to support the state’s special education students, ranging from academic support to one-on-one specialists.  In total, the budget includes $1.3 billion coming from the state and $446 million federal dollars for special education.

A recent study from the nonpartisan think tank Education Trust-Midwest states that Michigan has fallen to the bottom five states in the U.S. for equitable school funding, which has the greatest effect on low income students, rural students, ELL students and students with special needs.

“In her second budget, Gov. Whitmer has once again demonstrated that she believes in our public schools. The governor’s proposed budget shows she shares the same values as the people of Michigan by investing in strong public education from preschool to college and respecting the education professionals who dedicate their lives to Michigan’s students,” said David Hecker, president of American Federation of Teachers (AFT) Michigan, a Detroit-based teachers union. 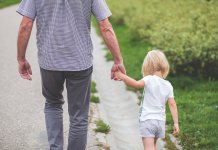 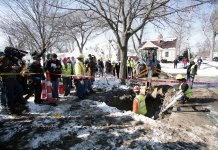