Clinton has criticized Sanders in a couple recent interviews, including his supporters’ behavior during the heated 2016 primary that she eventually won.

Clinton on impeachment: ‘It’s a solemn, sad moment for our country’

She added, “You all know I can’t be quiet. No, we’re gonna boo. … That’s all right. The haters will shut up on Monday when we win.”

The first-in-the-nation Iowa caucuses are Monday.

After several media reports, Tlaib did a four-part Twitter thread Saturday morning explaining that “so incredibly in love with the movement” created by Sanders that she’s “protective over it.” Tlaib said it’s important to unify “over one candidate to beat [President] Trump.”*

“However, I know what is at stake if we don't unify over one candidate to beat Trump and I intend to do everything possible to ensure that Trump does not win in 2020. (2/4)

“I will continue to strive to come from a place of love and not react in the same way of those who are against what we are building in this country. This is about building a just and equitable future for my two boys, children across the country, and future generations." (4/4)

Rashida, you’re all good. We love your passion and conviction. Don’t change https://t.co/KOFR14dD5e 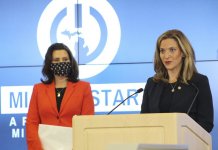 Updated: Tlaib boos Hillary Clinton in Iowa, says ‘haters will shut up on Monday when we win’