As Gov. Gretchen Whitmer prepares to offer her second State of the State message Wednesday night, Michigan residents have told a progressive nonprofit in recent months that clean water, education, infrastructure and health care are their top concerns.

FOF is part of a national organization that was founded in 2016 and carried out a $60 million ground game operation in several battleground states: Michigan, Wisconsin, Pennsylvania, Ohio, Florida, Nevada and Virginia. It aims to boost turnout for progressive candidates up and down the ballot and has formed 170 partnerships with local grassroots organizations, as well as millennial, African American, Latino, Asian and Pacific Islander American, Native American, Muslim, LGBTQ, faith, and veteran communities.

To gather data for the survey, FOF didn’t do traditional polling. It used a “feedback loop,” a tool designed to combine everything into a comprehensive report that could be used to inform future language on doors, phones, and in mail pieces.

Open-ended listening scripts allowed canvassers to engage with people and “tease out” the issues that impacted their day-to-day lives. Pugh said the group uses field and digital organizing programs, communications work that aims to amplify the voices of state residents, and partnerships that empower local leaders and organizations.

“These core issues are essential to the quality of life for voters all over the state. Michiganders just want government to provide the basics for us: clean water, quality schools, smooth roads and affordable health care,” Pugh added. “This desire reflects a failure of state government in recent years to provide for our people on a fundamental level — failures that we should all be working together to correct.”

In 2018, FOF’s Michigan contingent made 1.3 million attempts on doors and phones and had 123,000 conversations. It covered the following counties: Wayne, Oakland, Macomb, Genesee, Washtenaw, Jackson, Ingham, Eaton, Calhoun, Kalamazoo, Kent and Muskegon. Similarly, the top issues at that time were schools and water, followed by infrastructure.

In 2019, the group carried out 279,000 attempts and had 20,000 conversations. Between May and August and between September and December of last year the organization talked with Wayne, Oakland and Macomb County voters.

The May to August set of conversations were a blend of mobilization and persuasion voters. They are progressives who were likely supporters but less likely to vote in a midterm election. Here are the demographics from that group:

The second group, surveyed between September and December, were less likely to be progressives but likely to vote consistently. Characteristics of those surveyed were as follows:

“We were focused on a smaller universe of voters in 2019, and because such a large proportion of Michiganders live in the Detroit area, that smaller universe dictated our geographic focus,” Pugh explained. “We know from past experience that across the state, the way people think and talk about these issues varies, so we’re planning to have a robust statewide canvass approach in 2020 that looks beyond the Detroit region.” 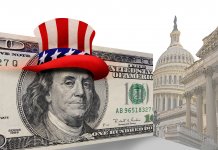