Brian Calley isn’t just a former lieutenant governor and president of the Lansing-based Small Business Association (SBAM). He’s also a busy dad of three kids, ranging in age from 9 to 15.

So when he hears from business executives that affordable childcare for their employees is a “major concern,” he notes that he understands the challenge of finding high-quality programs.

“If it’s hard for people like me who have every advantage in the world, it must be damn near impossible for people at lower income levels,” Calley said.

In her State of the State address Wednesday night, Democratic Gov. Gretchen Whitmer will announce her plan to boost childcare subsidies for low-income families and provide additional funding for the Great Start Readiness Program — which was expanded under her predecessor, GOP former Gov. Rick Snyder (who was Calley’s boss).

This is part of Whitmer’s Fiscal Year 2021 budget proposal that she’s set to release on Feb. 6, along with the price tag of these proposals. She said her policies will benefit kids, lift families out of poverty and generate economic activity. She acknowledged that daycare is too expensive for middle-class families, as well, but the subsidy is for those with lower incomes.

As the Advance previously reported, childcare in Michigan can cost more annually than college, according to the Economic Policy Institute, a nonpartisan think tank in Washington D.C., that examines the economic needs of working people. The average annual cost of care for a four-year-old is almost $9,000 and it’s $11,000 for care for an infant.

A full-time, minimum-wage worker in Michigan makes $20,072 per year. And after paying for infant care, they would have roughly $9,000 to cover living expenses for the entire year — less than $1,000 per month.

To currently qualify for Michigan’s childcare subsidy, families must make 130% or less of the Federal Poverty Level (FPL), which is the second lowest in the nation.

Whitmer wants to raise that to 150% FPL. For a family of four, this would raise the annual income limit from $34,060 to $39,300. She also wants to make it easier for people to sign up for the child care program.

“I think it will be warmly received by the business community that’s looking to attract talent at all different levels,” Calley told the Advance on Wednesday.

Childcare costs are debilitating for low-wage workers in Michigan

Another part of Whitmer’s proposal is that parents wouldn’t be kicked off the program if they get a raise or a promotion or pick up extra hours at work.

Calley said that’s a critical piece because there “shouldn’t be a financial downside to people advancing in their careers.”

The governor’s office notes that children who attend a full-day preschool program have an increased vocabulary and outperform their peers in cognition, literacy, math and physical development. In her plan, she argues that “investing in quality early education is essential to eliminate the disparity of low-income children who fall behind in third grade reading.” Under Michigan law, third-graders who can’t read at grade level can be held back, beginning this current school year.

Calley said the program has been successful and plays a role in making childcare more affordable.

The Advance asked Calley if he believed his fellow Republicans who control the Legislature would be persuaded to support funding increases for early childhood programs in next year’s budget. He said that most of the problems have been “balance of power issues” with the governor, which has slowed progress on the policy side.

“There’s a cost [to childcare programs], but it’s relatively small compared to the overall budget,” he noted. 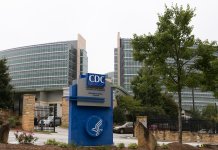 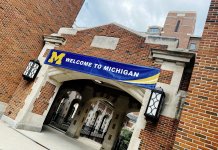 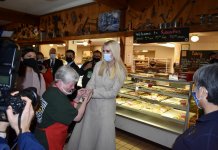