WASHINGTON — Virginia’s sprint to green-light the Equal Rights Amendment this month was heralded by proponents across the country.

Buoyed by new Democratic majorities in both chambers of its General Assembly, Virginia became the 38th state to approve the amendment that would guarantee equal legal rights regardless of sex. Michigan ratified the ERA more than 40 years ago, on May 22, 1972.

Virginia’s action marked a watershed moment for advocates of the ERA, who have been scrambling to check off the needed 38 state ratifications after Congress endorsed the amendment in the 1970s.

But even the ERA’s most ardent supporters recognize that the victory was largely symbolic — at least for now. The amendment faces a spate of legal and political hurdles that must be cleared before equal rights can be enshrined in the U.S. Constitution.

Hurdle No. 1: The expiration date

The ERA was first introduced in Congress in 1923 and was passed overwhelmingly by the House and Senate in the 1970s. But Congress set a deadline for state ratification: March 1979. Lawmakers extended the deadline to 1982, but that expired, too.

Enter Congress. Lawmakers on both sides of the aisle are now hoping to retroactively extend the deadline with new legislation.

In advance of Virginia’s expected ratification, the U.S. House Judiciary Committee voted last November to advance a resolution from Rep. Jackie Speier (D-Calif.) that would remove the deadline initially laid out in 1972.

“One of the best ways to defend the Constitution is to expand the Constitution,” said U.S. Rep. Jamie Raskin (D-Md.). “The whole trajectory of our constitutional development is about expanding democracy to include people who had been subordinated or marginalized or kept outside of equality.”

“I congratulate Virginia state lawmakers on passage of the Equal Rights Amendment,” Hoyer said in a statement. “I strongly support legislation introduced in the House, and I am working with the House Judiciary Committee to bring a bill to the Floor for a vote soon.”

Speier’s resolution to remove the ERA ratification deadline has the backing of 224 House co-sponsors, including three Republicans. .

U.S. Sen. Benjamin Cardin (D-Md.) has introduced a Senate version of the resolution to remove the ERA deadline. His bill has 41 co-sponsors, including Republicans Lisa Murkowski of Alaska and Susan Collins of Maine. U.S. Sen. Debbie Stabenow (D-Lansing) also is on board.

Meanwhile, the President Trump administration weighed in on the issue this month with a legal opinion that the ERA couldn’t be ratified due to the expired deadline.

The ERA could finally become a reality. Here’s a look back at Michigan women’s fight for equality.

The opinion from the Justice Department’s Office of Legal Counsel said, “Congress may not revive a proposed amendment after the deadline has expired.”

Supporters of adopting the ERA said that won’t deter them.

“I do not believe that the OLC has the final word to dictate how Congress or the states proceed in amending the Constitution,” House Oversight Committee Chairwoman Carolyn B. Maloney (D-N.Y.) told the Washington Post.

Hurdle No. 2: the Senate

Even if Cardin and his allies could muster the needed votes in the Senate, it’s uncertain whether the resolution to remove the deadline would get a vote in the GOP-controlled chamber under Majority Leader Mitch McConnell (R-Ky.).

But Cardin is going to continue working on it, according to his spokeswoman, Sue Walitsky. “We are hopeful that the bipartisan support in the Senate will help move the issue,” she said in an email.

Some of the congressional Republicans who oppose the effort to remove the deadline say it’s because the timeframe for ratification can’t be tweaked retroactively.

“If you support the language of the 1972 ERA, you only have one constitutional option: to start the whole process over and make your case to current voters nationwide,” said U.S. Rep. Doug Collins of Georgia, the top Republican on the House Judiciary committee. “You must obtain the required two-thirds vote in each house of Congress, then win ratification individually from 38 states. That is not likely to happen.”

Legislation has been introduced in both the House and Senate that would effectively start the process from scratch in Congress, but that effort promises to be more politically challenging than getting the votes needed to scrap the deadline.

“It has the appeal for some of being a great way to organize people around the issue of women’s rights and daring politicians to oppose it,” said John F. Kowal, vice president for programs at the Brennan Center for Justice. Starting over would require another two-thirds majority vote in both the House and Senate, which is “hard to imagine in these polarized times,” Kowal said.

It could be more politically feasible if Democrats controlled both the House and Senate, Kowal, added. In the meantime, it could be an energizing issue for Democratic lawmakers.

“What I see happening is that this will be a huge election-year conversation,” Kowal said. “It’s a popular issue that puts [some Republicans] on the defensive to explain why they’re not for it.”

Hurdle No. 3: the courts

The courts could weigh in on the matter before Congress takes any definitive action.

The states also told the court that if the “ERA were ratified today, activists would urge courts to use the amendment to overturn legitimate regulations of abortion and to mandate state funding of abortions.”

A separate lawsuit filed this month in a federal court in Massachusetts contends that the deadline was “extra-textual,” because it wasn’t included in the text of the ERA itself. “The extra-textual deadline is unconstitutional as it imposes unlawful constraints on the States to elect a schedule of their choosing on which to consider and ratify — or decline to ratify — a proposed constitutional amendment,” the plaintiffs wrote.

The 27th Amendment, for example, bars members of Congress from getting pay raises until after an election. It languished from its passage by Congress in 1789 until 1982, when a sophomore at the University of Texas wrote a paper arguing there was no deadline on ratification, according to an analysis by law professors Steven G. Calabresi and Zephyr Teachout. The student got a C on the paper, so he made his case to legislators around the country.

Sen. William Cohen (R-Maine) took an interest in the issue and Maine’s legislature passed the amendment in 1983, reviving momentum among states. The amendment was ultimately adopted in 1992.

There’s also precedent for the adoption of constitutional amendments even after states sought to rescind their votes to support them, said Kowal, pointing to the 14th and 15th Amendments.

But the fight over ERA ratification will present the courts with some novel legal issues, he said.

“There’s no clear answer to any of these questions. We are entering uncharted territory.” 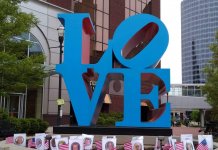