The same morning that a state House committee heard updates on the ongoing “green ooze” toxic waste cleanup in Madison Heights, Senate Majority Leader Mike Shirkey (R-Clarklake) told reporters he is in no rush to take action on the issue.

“Not anticipating taking any action at this time,” Shirkey said in a response to a question from the Advance  on Wednesday. “Just let the process play out; let the department do this job, etc.”

For 3½ weeks, state and federal environmental workers have been trying to contain the extensive amount of chemical contamination that leaked out of old industrial buildings and onto a Madison Heights highway on Dec. 20.

The existence of the toxic, fluorescent green chemical mixture being referred to simply as “green ooze” was news to area residents and others around the state when it suddenly appeared on the I-696 roadway. But, as was a topic of intense discussion and criticism at the almost two hour-long state House committee hearing Wednesday, Michigan’s environmental department had known about the situation for a quarter-century.

“I think we can all agree that more should have been done sooner,” said Tracy Kecskemeti, the Southeast Michigan district coordinator of the Department of Environment, Great Lakes and Energy (EGLE).

The hearing was meant to serve as an update to the situation, as well as an opportunity to address criticism toward EGLE – the state department formerly known as the Department of Environmental Quality (DEQ) pre-2019 – that the business was allowed to remain in such deplorable conditions for at least 25 years.

EGLE Director Liesl Clark told lawmakers that she is “disappointed” by what transpired in Madison Heights. Clark described the industrial company Electro-Plating Services (EPS), the source of the green ooze, as “a reckless facility that was let off the hook [and came] back to bite us.”

“If you go into that building today … it’s hard to imagine how that property was allowed to get and remain that way. It’s really hard to believe that more red flags shouldn’t have been raised sooner and more frequently … It’s hard to accept that the company was allowed to handle and store toxic chemicals in that way and in that environment that EPS did.” Clark said.

Kecskemeti laid out a timeline of the state’s efforts to get Sayers to comply voluntarily with regulations. She said the department’s file on the Madison Heights facility features “a laundry list of violations” that reaches back until at least 1995.

But neither civil nor criminal enforcement actions worked to get Sayers’ cooperation through those two decades. Then, in summer 2016, the DEQ received a complaint from the city of Madison Heights about the company’s haphazard storage of chemical waste, which prompted the department to work through the summer and fall to try and gain Sayers’ voluntary help with cleaning up the facility.

This, again, did not work. In December 2016, Kecskemeti said the state department had no choice but to take the “extraordinary measure” of shutting down his business and referring the site to the Environmental Protection Agency (EPA) for federal help to abate the immediate hazard.

The EPA then “removed over 5,000 containers [and] 37,000 gallons of liquid” from the facility before turning it back over to the state.

But this short term solution to quash an imminent public health risk was just that – short term. Kecskemeti said the 2017 EPA cleanup was not designed to address contamination that had leached into the soil and groundwater beneath the facility, which continues to be the underlying source of pollution and will require a more extensive, long term solution to remediate.

Kecskemeti warned that if the source of the problem is not solved, the state and federal agencies will have to endure “a perpetual state of pumping the groundwater [and] trucking it offsite to a hazardous waste facility to be managed somewhere else.”

Another issue raised by Kecskemeti: the presence of per- and polyfluoroalkyl substances (PFAS), which was discovered at the EPS site, will make cleanup efforts even more of a challenge.

“The presence of that PFAS is going to complicate the response. Disposal [costs] of the water that’s being pumped off site is probably triple what it would have been if there was not PFAS in it. If it was just hex[avalent] chrome and regular hazardous waste, the disposal cost would have been much lower,” Kecskemeti said.

PFAS is known to cause health issues including cancer. It is common for metal plating – and in this case, electroplating – to release PFAS into the environment as part of the manufacturing process.

“We’ve heard about this pit in the basement where [Sayers] disposed of hazardous waste. The groundwater moves through that pit, it picks up those contaminants like hexavalent chromium, cyanide, TCE [trichloroethylene], PFAS, and it moves through the soil, moves off site,” Kecskemeti said.

Because of the PFAS factor alone, long term remediation efforts on the EPS site are “going to get expensive … and that’s driven by how difficult it is to dispose of and destroy PFAS chemicals.” Kecskemeti told the committee that the I-696 cleanup efforts have already cost about $200,000.

As for the possible total cost of the cleanup: “Is it $2 million? Is it $10 million? I don’t know,” Kecskemeti said. “But it’s not in the hundreds of thousands. It’s in the millions.” 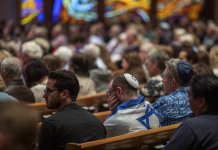