Home Education Michigan has an extra $321M in 2020, is almost $12B below Headlee...
Facebook
Twitter
Email
Print

Michigan’s fiscal picture is looking modestly brighter for the next two fiscal years, experts agreed at a biannual meeting Friday at the state Capitol.

That’s still welcome news after a contentious budget fight that dominated most of 2019 between Democratic Gov. Gretchen Whitmer and the GOP-led Legislature — which only ended with a supplemental spending agreement she signed late last month.

“We know that we inherited at least a $2 billion-plus hole for fixing our roads,” Kolb said. “… And [we] don’t have the money to do that. Those need to be funded. We’ll work with the Legislature to start to address those needs.”

The state is forecasted to have $321 million more in revenue for Fiscal Year 2020 — the budget year we’re currently in that started on Oct. 1. Michigan’s annual budget is roughly $60 billion.

And Michigan is estimated to have $412 million more for Fiscal Year 2021. That came from the Consensus Revenue Estimating Conference (CREC), where top officials from the Treasury Department and the nonpartisan House and Senate fiscal agencies agree to economic and revenue forecasts.

Whitmer will be giving her recommendations this winter to the legislative Appropriations committees for the next budget. Kolb told reporters Friday he expects her to announce a date next week.

“I would expect to see a budget that reflects that we have to meet these ongoing costs, and that there will be some investments, but we also have to match those with some reductions, as well,” Kolb said. “So we’ve asked departments to reprioritize their spending … so you will see a budget released that addresses the needs of the state, the priorities of the government and ensuring that we protect the public health and safety of Michigan.”

Whitmer will outline some of her priorities in her State of the State address scheduled for Jan. 29, although governors usually don’t detail specific budget proposals in that forum.

Not all priorities were addressed in the FY 2020 budget supplemental Whitmer negotiated with GOP leaders. She had previously vetoed almost $1 billion, including high-profile programs like Pure Michigan, which remains zeroed out.

Kolb was asked if there might be an additional budget supplemental agreed upon before the governor announces her plan for the next fiscal year. He said there are “conversations,” but declined to go into detail.

Friday’s fiscal news was notably better than projections made at the May 2019 CREC that the state would only have $27.8 million more in FY 2020 revenue — which is essentially flat.

However, Kolb gave the warning that he has at the last two CRECs, that Michigan’s General Fund has stagnated for two decades and there are “huge pressures” on it.

“I think the basic facts are that the General Fund has been flat for 20 years,” he said. “Think about your own household budget — what your budget was 20 years ago, and what it is today, and how hard that would be to balance that. If we had just kept up with inflation, the General Fund would have $5 billion more than it has today, and then take on top of that the $2 billion that we’re diverting for other uses right now.”

The state is now $11.6 billion below a constitutional tax limit, the Headlee Amendment, a conservative proposal passed in the 1970s that was meant to constrain state government spending.

It’s worked — and has continued to during Whitmer’s tenure. Before her FY 2020 budget address last year, Michigan was about $10 billion below the Headlee limit, as the Advance previously reported. That will grow to $12.5 billion in FY 2021 and $13.4 billion in FY 2022, according to CREC estimates.

Michigan needs to fix roads, while state is $10B below Headlee tax limit

State Rep. Julie Brixie (D-Meridian Twp.) flagged the number during the conference Friday, making the point that the state could, in theory, soon collect an additional $13 billion more in taxes to fund priorities and not violate the Constitution.

The Advance asked Kolb about increasing revenue since the state is so far below Headlee.

“Those are those are policy decisions that someone else can give an answer on,” he said. “That is something that we always like to show when we’re doing budget presentations — what the constitutional limit is. We show … where the General Fund would be with inflation, and then we talked about these policy decisions have been made to divert General Fund dollars.” 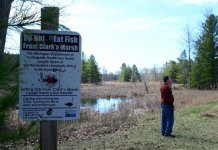