The Catholic church sexual abuse investigation continues to expand in Michigan, as Attorney General Dana Nessel said she plans to announce charges against two more priests in the new year.

So far, seven priests have been charged in the probe this year and two have pleaded guilty. There are 45 current investigations.

“We’re still at the tip of the iceberg,” Nessel said.

In a roundtable this week with reporters, the Democrat also provided limited updates on other key issues, including PFAS pollution, the Flint water crisis and the Supreme Court taking a pass on legislative maneuvers around minimum wage and sick leave ballot measures.

Nessel went through a dizzying array of statistics regarding the clergy probe, which started under GOP former Attorney General Bill Schuette. The AG’s office has received 641 tips concerning 270 priests. So far, 552 victims have come forward and Nessel said they estimate the total will rise to several thousand.

The office has received 1.5 million paper documents and 3.5 million electronic documents. And 32 department volunteers have put in 1,400 hours going through them.

“We were at first estimating maybe a couple years to get through all that, but it’s going to take longer than that,” she said. “There’s just there’s just so much information and there’s so much work that goes into investigating these cases. … There’s only so much that can be done.”

The attorney general’s office has spent $345,000 appropriated from the Legislature managing documents. The department also has hired a victim advocate who starts in January.*

“And, quite honestly, we need more funding if we’re going to get through it at a quicker pace. We’re hoping that the Legislature will agree with that and how important this is, because every day that goes by is another day that we’re running into statute of limitations issues.”

The Advance asked Nessel how much money the office needs for the probe. She responded, “A lot.”

Chief of Operations Christina Grossi said the office used the $1 million allotted to look into Michigan State University’s handling of the Larry Nassar scandal as a benchmark for how much it will need.

“I will say, though, that this investigation’s clear already will far eclipse MSU in terms of number of victims [and] obviously the number of priests who are suspected in that. This is statewide,” Grossi said.

Asked about the factor of the statute of limitations, Nessel acknowledged that “obviously the vast majority of cases cannot be prosecuted.” She was asked if she would ask for legislative action and said she knows there have been discussions.

Nessel said a lawsuit going after companies on PFAS, sometimes known as “forever chemicals,” can be expected sometime in January. She did not provide an exact date.

Michigan has the most PFAS sites in the country. The chemicals found in firefighting foam, non-stick kitchenware, shampoo and more have been linked to cancer.

After Schuette passed, Nessel takes aim at 3M’s past PFAS use

In May, Nessel said that she planned to file suit against chemical giant 3M, which has manufactured produces containing PFAS. As the Advance reported, former Gov. Rick Snyder had asked Schuette to take action, but he never did. Nessel said companies should have to help foot the bill for clean up.

“We intend to be as aggressive as possible,” Nessel said. “Yes, you can absolutely expect to see something in regards to litigation against 3M and some of the other chemical manufacturers introduced here.”

Earlier this month, Nessel announced a $70 million settlement with Wolverine Worldwide. The state Department of Department of Environment, Great Lakes and Energy (EGLE) filed the suit in January 2018 after PFAS was found in drinking water in northern Kent County.

PFAS has become a frontline issue for Michigan residents and politicians at both the state and federal level.

However, several stringent provisions were stripped out this month from a critical congressional defense bill after a veto threat from President Donald Trump. One would have required the U.S. Environmental Protection Agency (EPA) to designate PFAS as hazardous substances under the nation’s Superfund law, triggering cleanup of contaminated sites around the country.

The AG probe into MSU has been dealing with roadblocks.

The MSU Board of Trustees has stonewalled the AG by refusing to turn over roughly 6,000 documents related to the Nassar scandal. The eight-member board deadlocked on an independent review, with Trustees Dianne Byrum, Brianna Scott, Joel Ferguson and Melanie Foster voting against it.

One of the four trustees in support, Nancy Schlichting, stepped down, citing frustration with the process. Her replacement, Trustee Renee Knake, said she is in the process of reviewing the documents in question. So far, former MSU interim President John Engler has refused to agree to an interview with the AG’s office.

“For the record, I remain deeply committed to finding the truth about who knew what about Larry Nassar at MSU,” Nessel said in a statement Wednesday to the Advance. “Our department has continued to make it clear — over and over again — that we are at an impasse with MSU as we continue to seek release of more than 6,000 documents the university continues to withhold from our office. It remains unclear how anyone at MSU — including trustees — can say with certainty that the information contained in those documents is not relevant to our investigation. In fact, the depth and breadth the university has gone to in withholding those documents only increases our fervor to obtain them.”

“Despite this impasse, we are committed to continuing to pursue MSU’s role in the Larry Nassar tragedy,” Nessel said.

ReclaimMSU, one of the foremost survivor advocate organizations at the university, again slammed the trustees for blocking the investigation.

“Much like Schlichting’s resignation, this move by AG Nessel makes public the obstruction happening in private,” the group wrote on Twitter Tuesday. “It reveals MSU’s claims of cooperation as gaslighting. It puts the spotlight on the trustees who refuse to provide information to the investigation they asked for.”

This investigation also started under Schuette.

In June, the AG’s office announced it was dismissing all pending criminal charges and effectively rebooting the Flint water crisis probe that also began under Schuette.

The office has seized about 20 million documents and discovered more than 600 devices. The original investigation found five devices and 1.5 million pages of documents.

The attorney general’s office has received blowback from residents looking for justice, but Solicitor General Fadwa Hammoud, who’s leading the Flint water criminal investigation, made the argument in June that the previous probe was woefully inadequate and needed to be restarted.

The attorney general’s office couldn’t provide much of an update this week, noting the investigation is ongoing.

“We definitely have the most comprehensive body of evidence that, I think, the state’s ever had,” Hammoud said at the roundtable.

Nessel is handling the civil side of Flint cases and couldn’t speak to criminal matters.

As for the civil suits, she noted they involve hundreds of plaintiffs and said they’re “working toward creating resolution one way or the other, so that [residents] are not languishing for years and years to come.”

“So it’s a lengthy process,” Nessel said. “And when people say to me, ‘Why don’t you just settle it?’ for various cases, I’m not a lone wolf actor in these situations, and it’s an entire process that we have to go through. … And again, I think a lot of people in the state are under the impression that maybe the state has an insurance carrier that pays for all of this. And that’s not true. These are our state tax dollars.”

The Michigan Supreme Court last week declined to rule on the constitutionality of the GOP-led Legislature’s Lame Duck actions regarding paid sick leave and minimum wage ballot measures. In a 4-3 opinion, justices said it was too late to rule.

This goes back to two citizen-led petitions that gathered enough signatures last year to go to voters. But the Legislature instead adopted them, so they didn’t have to appear on the November 2018 ballot, where they were expected to pass and possibly juice Democratic turnout.

After the election, GOP lawmakers introduced and quickly passed bills that watered down the measures. They were signed in December before Snyder left office. In July, the state Supreme Court heard arguments on the “adopt and amend” maneuver, with Hammoud arguing against it. As has happened before on some high-profile cases, the office also had to represent the other side, led by Deputy Solicitor General Eric Restuccia.

Nessel said this week that “we were really hopeful that there’d be an advisory opinion that would come out of that.” She added that she expects further litigation.

She had been asked by a lawmaker to issue an opinion earlier this year and declined. Asked this week if she would now issue one, Nessel said she’d consider a request, but wants to be “really careful” about taking up “every political hot potato issue.”

“But let me say this. I have thought long and hard about this in regard to how we handle AG opinions, and the thing that I’m really concerned about is I don’t want this to be utilized in a way where this office is seen as another branch of the Legislature. We aren’t and we shouldn’t be,” Nessel said. “So I want to be very circumspect about the AG opinions that we issue or don’t issue.”

Nessel brought up Schuette, noting that she naturally “didn’t personally agree with” many of his opinions, but also questioned his process.

“I felt as though there was a decision made as to what the outcome should be and the law was sort of twisted or bent in various ways to get to a place where you had a certain … foregone conclusion,” she said. “I don’t want that to happen in my administration. … I don’t tell them what opinion to write.”

As the Advance previously reported, Nessel has reversed Schuette — who was term-limited — by withdrawing from 28 federal suits, including ones siding with conservatives on the Affordable Care Act (ACA), LGBTQ rights, abortion, campaign finance reform and voting rights for felons. She’s formally joined 12 cases this year, taking on the President Trump administration on immigration, the environment and more.

As her first year in office comes to a close, the Advance asked Nessel if she’s heard from progressive supporters who are frustrated by the pace of change, especially on issues like the Flint water crisis or shutting down the Line 5 oil pipeline that runs below the Straits of Mackinac.

“I’ve mostly heard really positive things about my work in the office from progressive activists that worked hard to get me elected,” Nessel said. “I think people see how hard we’re trying here and how hard we’re working.”

From immigration to the ACA: Nessel has joined 12 federal cases, withdrawn from 28 this year

She added that although she “absolutely would call myself a progressive,” the office is “working our hardest on issues that are mostly bipartisan or nonpartisan in nature. That’s the bulk of the work that we do in this office.”

As for actions she’s joined against the Trump administration, Nessel said, “I don’t really see that as partisan, so much as just the most effective means to protect the state of Michigan and the people that live here.”

* Correction: This story has been updated with to correctly reflect spending on the clergy investigation. 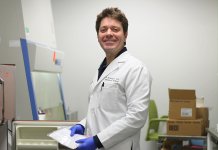 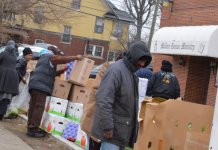 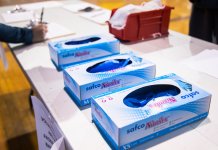 Michigan has 600+ COVID-19 deaths, UW model says peak could be this week