Days after announcing a new opioids lawsuit, Attorney General Dana Nessel said she’d like to see changes to Michigan’s one-of-a-kind law that prevents state suits against drug manufacturers — or for the Legislature to kill it altogether.

“I can’t think of any good reason for the law to remain on the books the way it is written right now,” Nessel said during a roundtable with reporters Monday afternoon. “And my hope is that through the opioid epidemic, the Legislature will see how important it is for the law to be changed substantially or repealed altogether.”

Michigan’s so-called “drug immunity” law, which was sponsored by former Attorney General Bill Schuette during his time as a state senator and signed by then-Gov. John Engler in the 1990s, bars the state and consumers from suing corporations over dangerous or deadly drugs. This was a hot-button issue particularly last decade for Michigan Democrats, who campaigned on its repeal.

Last week, Nessel and Gov. Gretchen Whitmer announced a lawsuit against four companies tied to the production and distribution of opioids. Cardinal Health, McKesson, AmerisourceBergen and Walgreens are charged as drug dealers under the state’s 1994 Drug Dealer Liability Act.

Nessel, who took office in January after Schuette was term-limited, was asked if the drug immunity law was hampering her in suits over the opioid crisis.

“Yeah, absolutely,” Nessel said. “Obviously, we’re the only state in the nation that faces that issue, so we’ve had to be creative in terms of the types of claims.”

Nessel added she’s “very confident” in the claims the state is making, but said, “I absolutely would encourage the Legislature to revisit the drug immunity law.

“We have a situation where we have 49 states in the union … that have the ability to recover substantial damages” from drug manufacturers, she said, but “you don’t have that recourse for state residents and that hurts our state residents.”

The Advance asked Nessel if the drug immunity law is resulting in Michigan plaintiffs getting less money in settlements.

“We don’t know yet,” Nessel said. “I guess we’ll find that out sometime in the future.”

She noted that a number of municipalities have filed suits, as well, as the state, and litigation is pending.

“I will say that we have been aggressive in terms of being active in settlement negotiations with a number of manufacturers and distributors,” Nessel said. “And my goal, quite simply, is to bring as much money back to the state of Michigan.”

She added that this is a top priority for her office. Nessel said the opioid crisis is “real and it is pressing” and she doesn’t “want to wait five or 10 years” for settlements. 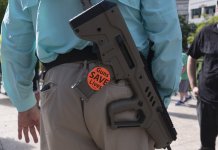 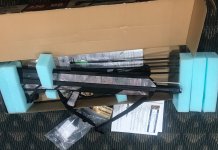