As the Legislature’s action draws to a close this year, both chambers made moves Tuesday to finalize a long-awaited post-budget deal reached between Gov. Gretchen Whitmer and GOP leaders that restores $573.5 million in cuts.

The state’s new fiscal year began on Oct. 1, but the budget has been in a partial state of flux. The GOP-led Legislature passed a $60 billion budget without Whitmer’s input and she answered them with almost $1 billion in vetos and $625 million in transfers within state departments.

The state Senate unanimously finalized Fiscal Year 2020 supplemental spending bills on Tuesday, followed by the House. Their last-minute breakthrough signals an end to a contentious few months of budget negotiations.

As part of the compromise, Whitmer agreed to allow certain legislative checks on her authority to transfer funds through the State Administrative Board. She had used the rarely-convened board to transfer $625 million between state departments.

This only prompted consternation from GOP leaders, who refused to strike a budget deal until Whitmer agreed to limit her administrative board powers. The agreement reached last week stands as a compromise between she, state House Speaker Lee Chatfield (R-Levering) and state Senate Majority Leader Mike Shirkey (R-Clarklake).

As part of that deal, the Legislature on Tuesday restored some of Whitmer’s vetoes and reversed some funding transfers.

“This negotiated supplemental appropriations bill is an important step forward for Michigan, which includes funding for health care, rural and urban hospitals, tethers to monitor dangerous felons, and our vocational villages,” Whitmer said in an emailed statement.

“I support this bipartisan bill and will sign it, honor the terms, and not challenge any of its provisions,” she continued.

In the House, Chatfield spoke along similar lines.

“What we agreed to do is create an impediment to the executive power of unilateral transfers,” Chatfield told reporters during session Tuesday. “That impediment has restored a balance of power that the governor, majority leader and I have all agreed on. … I’m glad that in the future, should any transfer be attempted to be made, the Legislature will have their time to act on it first.”

Chatfield added that this year’s strained budget process has given all parties involved a lot to learn and implement for the next go-around.

Shirkey says he is not “particularly proud” of this year’s budget negotiating process, “But what became very clear were some serious vulnerabilities in statute that allowed what happened to happen,” he said, in reference to the actions the State Administrative Board took in October. “I think it created a serious problem of being out of balance between the Executive Office and the legislature in terms of negotiating and establishing the budget.”

The boilerplate language agreed upon in both chambers on Tuesday applies to only this budget, but future legislature will need to decide to include it in upcoming budgets.

Other bills that were taken up Tuesday seek to ensure that a budget impasse like this year’s is unlikely to happen again. House Bill 5176, which requires the governor to provide notice to the Legislature before using the State Administrative Board, was passed by both chambers, as was House Bill 5177, which requires lawmakers to send a budget to the governor by July 1.

Notably, HB 5177 does not contain any method of enforcement for following the July 1 rule or consequences for a Legislature that chooses not to, but Chatfield was adamant that they are not needed.

“I fully intend on obeying the law,” Chatfield said. “I think as legislators, we should be held to a standard that we obey the law. And I know this Legislature intends on doing it.”

“I think we were able to move forward and continue having fruitful conversations that we’ve had for the last hundred years on budgets,” Ananich said. “And we got something that I think is a fine compromise.”

State House Appropriations Chair Shane Hernandez (R-Port Huron) says the legislation will limit the governor’s powers, but agrees that this will allow for more transparency in government.

“Although they never should have happened in the first place, I am pleased we have come together to reverse the most harmful vetoes enacted at the start of this fiscal year. Moving forward, I am hopeful the governor will join me in a transparent, open and ongoing dialogue to best serve the taxpayers of Michigan throughout the budget process,” he said in a news release on Tuesday evening. “As part of this process, our agreement ensures more transparency and oversight by limiting the governor’s use of the State Administrative Board.”

Whitmer: Senate Republicans ‘let their emotions get the better of them’ on budget deal

Hernandez says the legislation will reinstate funding for “essential services,” including health care in rural parts of the state, state police officers on country roads and help children with autism and seniors with Alzheimer’s disease.

The Appropriations Committee is slated to vote on Wednesday to reverse the transfers necessary to implement the supplemental.

Column: Let’s use data to put kids and families first 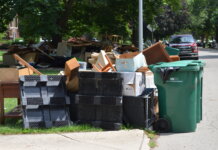 As SE Michigan rebuilds after flooding, how can the state better prepare for future disasters? 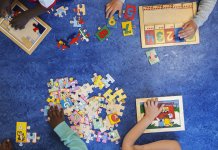