Thanksgiving is known as a time for large family dinners and excessive amounts of leftovers, but for families struggling with food insecurity, the holiday can add an extra burden.

The U.S. Department of Agriculture (USDA) defines food insecurity as “a lack of consistent access to enough food for an active, healthy lifestyle.”

Almost 14% of Michigan’s residents  — roughly 1.3 million — struggle with food insecurity, according to data from Feeding America, a Chicago-based nonprofit that partners with hundreds of food banks nationwide.

In Michigan, 19 counties have a food insecurity rate of 15% or more of the population.

Nalee Xiong, a marketing and communications specialist at the Greater Lansing Food Bank, said that just because a family is struggling with food insecurity does not mean the family lives in poverty. In fact, 28% of Michigan’s residents who have a hard time accessing food make more money than what would qualify them for Supplemental Nutrition Assistance Program (SNAP) benefits.

“Most of the people who we serve are the everyday, average people who are doing all the right things. They’re going to work and they’re paying the bills they need to pay, but maybe their paycheck just isn’t covering it that week or month,” Xiong said. “And that does not necessarily mean they live in poverty or fall below that line. They’re making enough to not receive funds from the government, but just not enough to provide for their families.”

Xiong said that the Greater Lansing Food Bank does not turn any person away, regardless of salary. But, she also said that the food banks can’t serve all the people they would like to help because resources run low throughout the year.

Around Thanksgiving and Christmas, food and monetary donations at the Greater Lansing Food Bank are at their highest. But Xiong said it’s spring and summer when food banks and their partners need the most help to build food kits for students when school isn’t in session.

“We really need food and monetary donations throughout the entire year,” Xiong said. “We fight hunger every day of the year.” 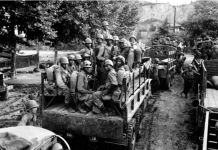