In a letter sent to U.S. House Speaker Nancy Pelosi (D-Calif.), the six Republicans said the resolution “attempts to bring a veneer of transparency to the proceedings,” but that it “falls far short and instead continues to undermine the bedrock principle of due process.”

Michigan’s independent U.S. House lawmaker, Justin Amash of Cascade Township, and all seven Michigan Democrats in the House have said they favor an impeachment inquiry.

The U.S. House is slated to vote Thursday on the resolution, which lays out a formal process for an impeachment inquiry against President Donald Trump. Democrats had already declared a formal impeachment inquiry, but GOP lawmakers complained that they hadn’t voted on a formal resolution and were conducting proceedings behind closed doors.

“The Trump administration has made up this argument – apparently out of whole cloth – in order to justify its unprecedented coverup, withhold key documents from multiple federal agencies, prevent critical witnesses from cooperating, and defy duly authorized subpoenas,” Pelosi said this week. She said the Democrats’ resolution would establish the procedure for hearings that are “open to the American people” and set forth “due process rights” for Trump and his attorneys.

As members who don’t sit on Pelosi’s “self-determined impeachment inquiry committees,” including the Intelligence, Oversight and Foreign Affairs committees, the Michigan lawmakers warned that “our constituents have been left in the dark.”

They said the Democrats’ resolution “does not guarantee the timely release of transcripts from closed-door depositions and that the pattern of secrecy and selective leaking will continue. The resolution also fails to afford the minority with important due process rights.” 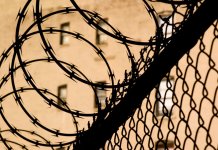 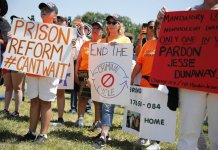