After signing the Fiscal Year 2020 budget, albeit with plenty of vetoes, Gov. Gretchen Whitmer on Wednesday laid out a list of key priorities she hopes to address with supplemental funding, saying she is “ready to negotiate” with legislative leaders when she convenes a quadrant meeting Thursday.

On Monday, she issued 147 line-item vetoes, which amounted to almost $1 billion in cuts from the GOP-led state budget. Whitmer on Tuesday used the State Administrative Board – last used in the early 1990s by former Gov. John Engler – to transfer about $625 million funds within state departments in a maneuver around the Republican-led Legislature.

After a not surprisingly cool reception from GOP leaders, Whitmer held a press conference Wednesday in the Michigan Capitol.

Her supplemental priorities all involve either restoring or increasing the funding for: Michigan’s Department of Corrections; the Department of Technology, Management and Budget; the Department of Health and Human Services (DHHS); literacy coaches; and the student job-training program Michigan Reconnect.

“These are fundamentals that we have to meet so that we can remain competitive,” Whitmer said.

Budget talks had broken down in the weeks before the start of the fiscal year on Tuesday, mainly over roads. Republican leaders had pushed for a one-time use of General Fund money to repair select roads and bridges across the state. Whitmer, whose gubernatorial campaign hinged on a “Fix the damn roads!” promise, wanted more substantial, long-term funding via a 45-cent gas tax hike.

Whitmer told reporters Wednesday that she had made the best decisions she could, given the circumstances.

“This budget process has not been easy,” Whitmer said. “… I’m not out to vilify anyone; I’m not out to punish anyone. I’m out to make sure that we protect the public safety, public health and public welfare of the people of this state. And I have been, and remain ready to negotiate to do that.”

“After three weeks of not hearing from her on budget negotiations, [Whitmer] went to the media with her demands,” Chatfield spokesman Gideon D’Assandro wrote in an email, “so the speaker has not seen her list yet.

“He is shocked she is using children’s safety, road repairs, veterans benefits, and people with autism as political pawns for leverage to help her get her pet projects and a gas tax hike.” 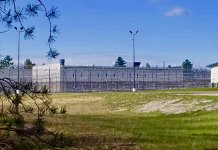 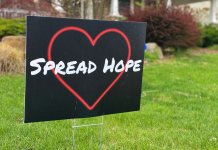