A little more than an hour after the op-ed dropped, U.S. Rep. Debbie Dingell (D-Dearborn) also joined the call in an appearance on “The Last Word” on MSNBC.*

“We have no choice now but to launch an investigation that is going to give us the facts,” she said.

“For me, this feels and smells differently,” Slotkin told the Advance while doing strike support work for UAW workers in Lansing. “It’s one thing for candidate Trump to do it, and it’s another thing for President Trump to do it.”

As it turned out, that was foreshadowing for the column that would be published hours later, in which the freshmen Democrats write in the piece titled, “These allegations are a threat to all we have sworn to protect”:

“If these allegations are true, we believe these actions represent an impeachable offense. We do not arrive at this conclusion lightly, and we call on our colleagues in Congress to consider the use of all congressional authorities available to us, including the power of ‘inherent contempt’ and impeachment hearings, to address these new allegations, find the truth and protect our national security.”

The other Democrats writing the column are: U.S. Reps. Gil Cisneros of California, Jason Crow of Colorado, Chrissy Houlahan of Pennsylvania, Elaine Luria of Virginia, Mikie Sherrill of New Jersey and Abigail Spanberger of Virginia.

With Slotkin and Dingell, there are now seven of Michigan’s 14-member U.S. House delegation who back impeachment hearings. Four others are Democrats: U.S. Reps. Rashida Tlaib of Detroit, Dan Kildee of Flint, Andy Levin of Bloomfield Township and Brenda Lawrence of Southfield. The only independent in the body, U.S. Rep. Justin Amash of Cascade Township, left the GOP after coming out for impeachment. U.S. Sen. Debbie Stabenow (D-Lansing) also backs hearings.*

The House Democratic caucus is set to meet Tuesday. 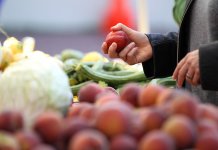