Steve Wogaman was so impressed after Democrat Pete Buttigieg announced his presidential bid that he picked up his phone to donate to the fledgling campaign.

Wogaman, president of the Chamber Music Society of Detroit, liked the way the South Bend, Ind., mayor “expressed the problems of the country and their solutions in such clear and positive terms,” he said. “He’s got the wisdom of an Elizabeth Warren with the incredibly clear communication of a Bill Clinton. He seems to really have done his homework and that just impressed the heck out of me.”

Wogaman spoke to the Advance in a personal capacity, and he still hasn’t decided who he’ll support in the primary. But after watching Buttigieg speak, Wogaman thought, “This guy needs encouragement.”

He’s one of many Democratic donors who have helped propel Buttigieg to the front of the fundraising pack in the state.

Buttigieg raked in more itemized campaign contributions from Michigan donors this cycle than any other Democratic candidate, according to the most recent campaign finance filings. He had raised about $230,000 in the state before June 30, the filings show. That total includes itemized contributions — all of those that exceed $200, and some smaller donations.

The runner-up among Democratic fundraisers in the state was U.S. Sen. Bernie Sanders (I-Vt.), who raised about $198,000 prior to June 30. Sanders won Michigan’s 2016 primary.

President Donald Trump — who eked out a victory here in the 2016 general election, helping put him over the top in the Electoral College — has raised about $854,000 in Michigan during the 2020 campaign cycle.

Buttigieg’s strong fundraising numbers in Michigan reflect his popularity with Democratic donors nationwide, even as he trails in the polls. He’s raised about $32 million nationally, making him the No. 3 recipient of campaign contributions among Democratic presidential candidates. Sanders has raised about $46 million and U.S. Sen. Elizabeth Warren (D-Mass.) has raised about $36 million.

But the South Bend mayor has the support of just about 5% of Democratic primary voters nationwide, according to a Morning Consult poll released Monday. He’s lagging behind former Vice President Joe Biden (33%), Sanders (20%), Warren (14%) and U.S. Sen. Kamala Harris (D-Calif.) (9%).

It remains to be seen whether his popularity with donors will translate to votes.

Michigan doesn’t hold its Democratic presidential primary until March 10, 2020. That’s after Super Tuesday on March 3, which will allocate about 40% of delegates and is seen as candidates’ foremost national test after the early-state primaries in Iowa, New Hampshire, and South Carolina.

Still, Michigan — a Trump state that controls 16 electoral votes — is seen as a critical battleground state for Democrats hoping to win back the White House in 2020. It also could  play a major role in the Democratic primary if the nomination fight drags out.

The state has already been a popular campaign stop for Buttigieg and other Democratic candidates. Buttigieg also has Michigan ties, as his husband, Chasten, grew up in Traverse City and has done fundraisers here this year.

The Rev. Salvatore Sapienza met Buttigieg at a fundraiser in Saugatuck last month.

“I wanted to thank him for his courage in speaking openly about his Christian faith throughout the campaign,” Sapienza told the Advance. “Really, what’s not to like? He’s intelligent, he’s articulate, he’s very likeable, he’s a proud veteran.”

Sapienza, the pastor of Douglas United Church of Christ, spoke to the Advance in his personal capacity.

George Tsebelis, a University of Michigan political science professor, is another Buttigieg supporter. He lives in Ann Arbor and specializes in European politics and game theory, and recently spent two years as a visiting fellow at the University of Notre Dame in Buttigieg’s South Bend, Ind.

“He was able to continue being the mayor while he was deployed in the Middle East and he did a series of things that revived South Bend,” Tsebelis told the Advance. “Then when I saw his campaign in the beginning, I was really very impressed, mainly for issues of character.”

Other Buttigieg donors include Kate Wolters, a member of the board of directors at Steelcase, and Nathan Triplett, the former mayor of East Lansing.

Political observers stress that it’s early in the cycle, and candidates’ fundraising and polling could change dramatically in the coming months before the first primary votes are cast.

Despite Buttigieg’s success with Michigan donors, several polls conducted in the state this year have shown Biden leading. Biden raised about $68,000 in the state this cycle, trailing his rivals, but the former vice president has received contributions from influential donors and scored endorsements from some state Democrats.

“I’ve known Joe for a long time and I think he’d be a great president,” Blanchard said this week in an interview.

“I don’t think Joe is the only candidate that could carry Michigan,” he added, but right now, “he would be the strongest that we have.”

Harris, who has raised about $119,000 in itemized donations in Michigan, also has some high-profile donors and supporters in the state.

Chang, a Democrat who represents Wayne County, said she’s been a supporter of Harris’ work for several years.

“The more I dug into her story and record, I felt confident that she has been a fighter on challenging issues, shares my values, and can lead our country with drive, hard work, and a rootedness in communities that tend to be left out,” Chang said in an email.

She added, “There are other candidates I also like, but Sen. Harris is my candidate.”

Here’s how much President Donald Trump and the 20 Democratic presidential hopefuls who appeared in the most recent televised debates have received from Michigan donors so far this election cycle.

The numbers include data through June 30 and include only the donations itemized in the campaigns’ filings, which likely exclude some small donations: 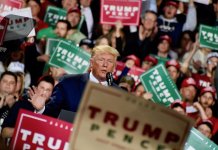 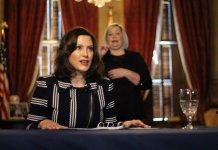 Whitmer: ‘We are nowhere near the end’ of COVID-19 outbreak