Former Gov. Rick Snyder has kept a low profile since being term-limited out of office five months ago, but he weighed in on Tuesday night regarding search warrants signed two weeks ago related to the Flint water crisis.

First in a tweet, Snyder said he was “dialing back the RPA [relentless positive action, his campaign slogan] in order to weigh in on “sloppy and misleading” reporting on Attorney General Dana Nessel’s office had seized state-issued mobile devices used by the former governor and other administration officials.

I am dialing back the RPA a bit today. The stories coming out about my state phone and computer are very sloppy and misleading. I gave my phone and all that stuff to the AG's office before I left office. Why the AG's office is executing a search warrant on itself I cannot say.

As the Advance reported on Monday, the warrant signed on May 19 allowed for investigators in Nessel’s office — which is leading the criminal and civil cases — to look through a variety of data included on the devices, including call history, text messages, audio files, email, instant messages and other data.

A federal judge in April added Snyder back as a defendant in a class-action lawsuit related to the Flint water crisis.

Investigators also requested similar data from devices used by 33 other employees who worked in the then-Department of Environmental Quality or the Department of Health and Human Services.

In a statement sent later on Tuesday night, Snyder’s attorney, Brian Lennon, said media reports were “misleading at best” and that the Flint water investigative team had not taken Snyder’s phone, but rather was already in possession of the device.

“While we have not been provided with either a copy of the search warrants or supporting affidavits, it is our understanding that the search warrants were executed at the office of the Attorney General, where the [former] Governor’s devices were being stored in a secured manner,” Lennon said. “[Michigan] Solicitor General [Fadwa] Hammoud was informed that the Governor’s devices were secured in the AG’s office.”

Lennon further stressed that attorneys for Snyder have sought to fully cooperate with the investigation.

Nessel spokeswoman Kelly Rossman-McKinney responded to the Advance in an email on Tuesday night.

“Mr. Snyder knows darn well why search warrants are being executed,” she said. “It’s the pursuit of justice for the people of Flint, pure and simple.”

Hammoud said on Monday that the AG’s office is looking into the water crisis that began in 2014 under Snyder’s tenure “as a whole” and will examine all manner of potential evidence.

“As stated in recent motions, the prosecution is aware of substantial potential evidence that was not provided to the original prosecution team from the onset of the investigation,” Hammoud said in a statement. “The team is currently in the process of obtaining this evidence through a variety of means, including search warrants. The team is also conducting a thorough review of existing and newly received evidence pertaining to the Flint water crisis.” 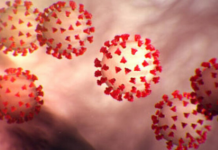