Keith died on April 28 at age 96. The Detroit native was appointed as a U.S. district judge by President Lyndon Johnson in October 1967. President Jimmy Carter nominated Keith to sit on the U.S. Court of Appeals in 1977.

“Judge Keith was an example of someone who stayed committed to his community, used every ounce of his energy to do what was right for others, a mentor to so many and has legions of people who he helped to train and inspire them to continue his work,” said Gov. Gretchen Whitmer told the Advance just prior to entering the church.

“I’m here to honor an incredible person and outstanding judge, somebody who has contributed magnificently to just our state but our nation,” said Attorney General Dana Nessel moments later.

“He was a fighter for equal justice for every man, woman and child regardless of race, gender or religion,” said Levin, who served as an attorney for the Michigan Civil Rights Commission of which Keith co-chaired with the late federal judge John Feikens. “I was proud to be his lawyer.”

Duggan reminded the audience that Keith was a giant. His legacy, Duggan pointed out, has been cemented by several historical rulings.

“Judge Keith had five cases in just over five years and every one of them was affirmed by the Court of Appeals,” Duggan said to a roar of applause.

In 1970, Keith ordered a student racial integration bus policy in Pontiac. In 1971, Keith ruled that the city of Hamtramck had illegally destroyed Black neighborhoods in the name of urban renewal. That same year, he ruled that the President Richard Nixon administration could not engage in the warrantless wiretapping of three people suspected of conspiring to destroy government property. Keith’s opinion was upheld by the U.S. Supreme Court.

In 1973, Keith ordered Detroit Edison Company to pay $4 million in punitive damages to Black workers there. Keith ruled in Stamps v. Detroit Edison Co. that they have been victims of “deliberate” and “invidious” racial discrimination. In 1975, his ruling upheld the city of Detroit affirmative action program to hire more African Americans and women

Wayne County Executive Warren Evans, whose family has known the Keith clan since their days on Detroit’s old west side almost 100 years ago, summed up the former federal judge’s legacy in 11 words:

“They’ll never be another guy like him. Just an amazing man.” 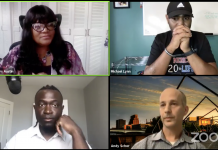 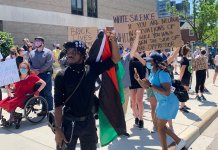