The committee voted 24-16 along party lines to approve a resolution recommending that the full U.S. House find Barr in contempt for his refusal to comply with a committee subpoena seeking an unredacted copy of Special Counsel Robert Mueller’s report detailing Russian meddling in the 2016 presidential election.

The vote came after a full day of partisan sniping on Capitol Hill and after President Trump asserted executive privilege over the report, further infuriating the House Democratic majority.

“This is not a step we take lightly,” House Judiciary Committee Chair Jerrold Nadler (D-N.Y.) said at the kickoff of the hearing Wednesday morning. He called the attempt to invoke privilege a “clear escalation in the Trump administration’s blanket defiance” of Congress and the latest example of “unprecedented obstruction” by the president and his allies.

At a presidential campaign stop in Detroit on Monday, U.S. Sen. Kamala Harris (D-Calif.) blasted Barr, who she grilled last week during a Senate hearing.

“We had just recently a United States attorney general who lied to Congress and lied to you and is clearly more interested in representing the president than the American people,” she told reporters.

In the hours leading up to the vote, House Republicans defended Trump and Barr, depicting the Democrats’ push for more details about Mueller’s findings as the latest chapter in an attempt to score political points by bashing the president.

“This is all about impeaching the president,” said Florida Republican U.S. Rep. Matt Gaetz. “Why don’t [Democrats] just say it? Why don’t they just jump to the impeachment proceedings like their liberal media overlords are telling them to do? Well, the reason is that the American people don’t support impeachment.”

Gaetz was the lone member of the committee to miss the final vote on the contempt resolution late on Wednesday. He missed the vote because he was traveling on Air Force One with Trump en route to Florida, according to spokesman Luke Ball.

Because Democrats have the majority on the committee, the party-line approval of the contempt resolution was all but certain. Still, lawmakers seized the opportunity to trade barbs over the findings of the Mueller report.

“I’m not joyful about this. I’m not afraid of where it takes us,” said U.S. Rep. Mary Gay Scanlon (D-Pa.). “What I am is profoundly saddened that we’re in a position where we have an administration that is stonewalling, yes, even acting in contempt of not just Congress, not just the rule of law, but the American people.”

U.S. Rep. Ted Deutch (D-Fla.) said, “We’re here today because we’re witnessing the breakdown of the foundations of our nation’s constitutional order.” He said of Barr, “The attorney general of the United States is stonewalling the people.”

U.S. Rep. Jamie Raskin (D-Md.) said, “The president declares himself above and beyond the law.” He added, “If you act with contempt for the people in Congress, we will find you in contempt of the people and of Congress.”

Pennsylvania Democratic U.S. Rep. Madeleine Dean warned, “We are at a grave moment.” She added, “Our constitutional system of government is in jeopardy. We have to make sure that we protect the rule of law. We are up against an administration that cares nothing for the rule of law, cares only for self, and we need to see the entire Mueller report. Mr. Barr has given away his credibility here.”

U.S. Rep. Joe Neguse (D-Colo.) said that, given the threats to U.S. democracy from a foreign adversary that were revealed in the Mueller report, he was “at a loss for understanding” why his GOP colleagues wouldn’t join Democrats’ efforts to secure the full Mueller report and underlying evidence. “We have no choice but to move forward with a contempt citation,” he said.

U.S. Rep. Val Demings (D-Fla.) said Barr has “betrayed his oath to uphold the law and defend the constitution.” Demings has publicly called for Barr’s resignation in light of the reports that Mueller complained to Barr that he had misrepresented the report’s findings.

“We have more than enough reason to be here and to take this action. The special counsel’s report documents a pattern of criminal and corrupt behavior and makes it clear if it were not for the Department of Justice rule, had the subject of this investigation been any other person, any other man or woman, he or she would have been charged,” Demings said.

U.S. Rep. Debbie Mucarsel-Powell (D-Fla.), who was born in Ecuador, recalled how she had to take an oath when she became a citizen and when she became a congresswoman to support and defend the Constitution. She said the only oath Barr is following “is to protect and defend this president, who right now is threatening the strength of our democracy.”

Republicans, meanwhile, accused their Democratic colleagues of rushing to hold Barr in contempt to rebuke a president whose policies they dislike.

“I think that my Democratic colleagues are still in denial that the president was actually elected,” said U.S. Rep. Debbie Lesko (R-Ariz.).

U.S. Rep. Ken Buck (R-Colo.) urged his colleagues to “move on and not attack the attorney general in this way.”

U.S. Rep. Ben Cline (R-Va.) said Democrats are “in search of a smoking gun of collusion, conspiracy with Russia that does not exist.” He added, “This is a charade, and I have never seen anything like it.”

U.S. Rep. Andy Biggs (R-Ariz.) said he’s “interested to see the look on the judge’s face” when Democrats present their case, accusing his colleagues of moving prematurely without negotiating with Barr in good faith. “I can’t help but say if you think this administration, this president is so dangerous, why aren’t you acting on the many resolutions of impeachment you’ve already introduced?”

The contempt resolution will now head to the House floor. U.S. House Speaker Nancy Pelosi (D-Calif.) said Wednesday that Barr should be held in contempt of Congress and “nothing is off table” regarding whether to impeach him, CNBC reported. 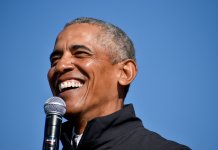 by Robin Bravender, Michigan Advance
May 8, 2019