Betsy DeVos would prefer not to be in the headlines.

The U.S. Education Secretary, a West Michigan native, spoke Monday to an association of education writers at a seminar in Baltimore.

“I never imagined I’d be a focus of your coverage. I don’t enjoy the publicity that comes with my position. I don’t love being up on stage or on any kind of platform. I’m an introvert,” she told them.

Many in the media, DeVos added, “use my name as clickbait” or “try to make it all about me.”

But education is “not about Betsy DeVos nor any other individual,” she said. “It’s about students.”

DeVos has been one of the most controversial cabinet secretaries since the start of the Trump administration. She’s a favorite target for Democrats in Michigan and elsewhere across the country.

U.S. Sen. Elizabeth Warren (D-Mass.), who’s running for president, has called DeVos “the worst secretary of Education this country has ever seen — by a large margin.”

Asked during the seminar about teachers striking for higher pay and smaller classrooms, DeVos accused some educators of hurting children by doing so.

“I think it’s important that adults have adult disagreements on adult time and that they not ultimately hurt kids in the process, and I think too often they’re doing so by walking out of classrooms and having their arguments in the way that they are.”

DeVos also snubbed Randi Weingarten, president of the American Federation of Teachers and a prominent critic of DeVos’ policies.

“Great teachers, great teachers perhaps should be making at least half of what Randi Weingarten does at a half-million dollars a year,” DeVos said.

Weingarten earned $510,398 in compensation between July 2016 and June 2017, according to publicly available tax information.

Weingarten said today in a statement, “I’d be delighted to get all teachers up to $200k, which is what they deserve — this is certainly the first I’ve heard about Secretary DeVos being open to that, instead of a tax cut for rich people.”*

This story was updated to add comment from Randi Weingarten. 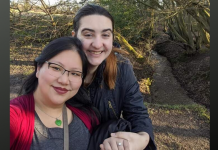 As COVID-19’s grip tightened, Michiganders at home and abroad fought for normalcy 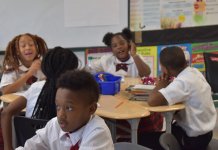 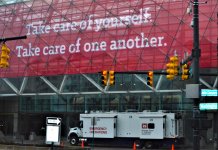