A 22-year-old woman came forward Wednesday as the plaintiff in a previously anonymous lawsuit against Michigan State University over her alleged rape by members of the school’s men’s basketball team, according to a New York Times report.

MSU student Bailey Kowalski was a freshman at the time. She said that when she approached MSU counselors with the allegation that three basketball players raped her, the counselors discouraged her from notifying the police, saying, “If you pursue this, you are going to be swimming with some really big fish.”

Kowalski has scheduled a press conference on Thursday, which is the fourth anniversary of her alleged sexual assault.

Kowalski alleges that the assault occurred in April 2015. She did not disclose the identities of the basketball players.

Kowalski’s attorneys detailed her account of the alleged rape in a complaint filed against the university last year that claimed that her Title IX rights were violated. Title IX prohibits universities that receive public funds from discriminating based on sex, including scenarios in which the university is “deliberately indifferent to sexual harassment of which the [funding] recipient has actual knowledge.”

The complaint from April 2018 claimed: “The [MSU counseling] staff made it clear to Plaintiff that if she chose to notify the police, she faced an uphill battle that would create anxiety and unwanted media attention and publicity as had happened with many other female students who were sexually assaulted by well-known athletes.”

MSU received so many Title IX complaints in the wake of the revelations about former MSU physician Dr. Larry Nassar’s sexual abuse of hundreds of girls that the university spent almost $4 million investigating them, according to a report from ESPN’s Outside the Lines.

Kowalski’s lawsuit cites additional examples of rape allegations against members of both MSU’s football and basketball teams dating back to 2009.

MSU did not respond to a request for comment.

The university has been fighting Kowalski’s case in court, most recently filing a motion to dismiss, which is currently pending. University lawyers argue that because the alleged rape did not happen on campus, and because neither Kowalski nor her counselors reported the incident to the school’s administration or police, MSU cannot be held liable.

In response to the initial lawsuit, the university issued a statement last year that called Kowalski’s claims “untrue” and included detailed information regarding her interaction with university counselors. Then-interim university President John Engler issued an apology shortly after, saying the university “[regretted] that we provided an unnecessary amount of detail… which has been perceived by some as violating privacy expectations.”

“They went out to the press and essentially addressed my lawsuit as a lie,” Kowalski told the New York Times, “which basically was a message to anyone else coming forward with allegations similar to mine that, ‘If you’re going to do that, we’re going to completely exploit you.’”

Kowalski told the Times that she still does not know who at MSU had known about her complaint before the lawsuit was made public.

Engler, a GOP former governor, resigned from his post earlier this year after he made comments critical of Nassar’s sexual abuse victims, which provoked a backlash from members of the MSU Board of Trustees.

The Michigan attorney general’s office is currently conducting an investigation into MSU’s handling of that case, which current Attorney General Dana Nessel inherited from her predecessor, Bill Schuette. The Advance reported earlier this month on the controversy surrounding Nessel’s attempt to interview Engler as part of that investigation.

Nessel’s office did not immediately have comment on this story. 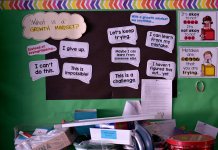