The Michigan League for Public Policy first began in 1912 as the Michigan Conference of Charities and Corrections. Led by social workers, the Conference held an annual meeting to discuss the major public welfare issues of the day. 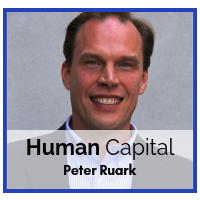 And sadly, in the 107 years since, poverty and criminal justice reform have remained constant issues facing the people of Michigan, and in turn, the League.

In fact, in recent years, those issues have, unfortunately, grown more and more entwined, as driver responsibility fees, exorbitant court costs and fines, and bail have all made income a big part of our criminal justice system — and an unnecessary barrier to freedom.

Luckily, there is growing momentum to change that, around the state and across the Capitol aisles.

Last September, while elected officials were in the heat of campaigns and policy debates, the Michigan League for Public Policy was proud to join with the Hudson Webber Foundation, the Michigan Committee on Juvenile Justice and the Mackinac Center for Public Policy to host a two-day Michigan Safety & Justice Roundtable to help shape that debate.

This event brought together a diverse group of people from all points of the political spectrum and justice system to discuss criminal justice issues. Their data and input was compiled in two reports focused on policy recommendations for adult and juvenile justice reform in Michigan.

And action on one of those policy issues — bail reform — is already underway in the Michigan Legislature.

There is widespread, bipartisan support for reforming the way Michigan and its counties deal with those who are arrested and await trial. With roughly 41 percent of Michigan’s jail inmates — and 72.5 percent in Genesee County alone — awaiting arraignment or trial, many believe that it is time to stop keeping individuals incarcerated only because of their inability to pay bail.

Recent legislation, introduced by legislators from both parties and supported by Michigan Attorney General Dana Nessel, would require judges to issue personal recognizance bonds rather than cash bail for defendants not considered a flight or safety risk. The bills also would take ability to pay into account for those who are required to post bail, and would eliminate bail requirements for those arrested for falling behind in child support.

The League supports these common-sense, compassionate reforms, along with a wide swath of other organizations with a variety of perspectives: the American Civil Liberties Union, the Mackinac Center for Public Policy, Safe and Just Michigan, and faith-based organizations such as the Michigan chapter of the American Friends Service Committee.

And both local prosecutors and criminal defense attorneys are getting into the game and laying out the case for bail reform as well.

Predictably, bail and bond companies who benefit financially from the current system oppose this legislation and are calling its sponsors “socialists” — an odd way to describe a group that spans the spectrum from very conservative to very liberal, and all points in between.

But outside of those with an obvious financial interest, a growing number of Americans are beginning to speak out in favor of change. They want to see fewer individuals with low income and few resources sitting in jail simply due to an inability to post bail.

The U.S. Supreme Court has ruled, time and again, that it is unconstitutional for criminal justice systems to be “punishing a person for his poverty.”

It’s been the law of the land, but it’s time for the Michigan Legislature to pass bail reform to better reflect that in the law of our state.