The legislation lapsed last month after Congress failed to extend it. Republicans had sought to roll a “clean extension” into a major spending deal signed by President Donald Trump last month to keep the government operating and avert a second shutdown. But Democrats rejected that effort in the hopes of enacting more sweeping legislation outside the confines of the shutdown debate.

The press conference was held on the eve of International Women’s Day in the U.S. Capitol Building and included U.S. House Speaker Nancy Pelosi (D-Calif.) and Democratic legislators.

“There’s no reason a survivor should face hurdles when trying to connect to services they need to recover,” Dingell said at the event.

“It’s going to be hard work,” she added in a statement, “but we need to update and extend VAWA.”

The bill is expected to come up for debate in the House this spring.

“While there is still considerable work to be done, VAWA has drastically improved our nation’s response to safeguarding women from abuse and anguish,” Fitzpatrick said. “… Congress has historically reauthorized VAWA with broad bipartisan agreement.”

Last reauthorized in 2013, VAWA was set to expire on Sept. 30, 2018. Fitzpatrick and two Republicans from New York introduced legislation to extend the bill through the end of March.

“This is not a partisan issue,” he and his colleagues wrote in a letter to the Republican leaders who controlled the U.S. House at the time. That legislation did not pass; instead Congress cleared several short-term patches.

First enacted in 1994, VAWA funds programs and services that aim to prevent violence, support crime victims, and change public attitudes about violence against women. The law was reauthorized in 2000, 2005 and in 2013 — six years ago this month.

The legislation introduced Thursday would expand housing options for survivors and training programs for school-based health centers. It includes a provision sponsored by Fitzpatrick that would stiffen penalties for cyberstalking, educate youth on violence prevention and support children exposed to violence.

And it includes two provisions written by Dingell, one of which would make it more difficult for perpetrators of dating violence and stalking to access guns and another that would provide greater access to behavioral health and safety resources. 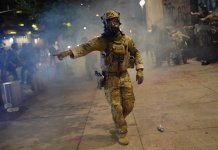 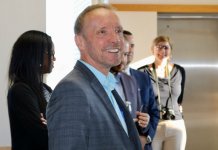