That will result in about $2.5 billion in new annual revenue for Michigan’s beleaguered infrastructure.

The plan — the most anticipated part of Whitmer’s first budget to be presented on Tuesday — was first reported Monday by FOX-2. Whitmer spokeswoman Tiffany Brown confirmed some details of the plan to the Advance later on Monday.

Brown said that Whitmer’s plan, which the governor will fully unveil Tuesday morning, also will include protections to “help offset the cost to people’s pocketbooks.”

Whitmer’s plan does not include any new debt for the state. But Brown declined to comment on whether there are vehicle registration fee hikes or additional taxes or fees for heavy trucks.

Michigan currently has the sixth-highest gas tax in the country and 14th-highest vehicle registration fees, according to a report released last week by the nonpartisan Citizens Research Council of Michigan.

A boost to the gas tax was seen as one of the more likely outcomes in that report, which outlined various options to boost road funding.

“I think we’ve all come to accept that more money is needed, so the question is where is it going to come from,” CRC President Eric Lupher told the Advance. “The Republican leadership has sort of acquiesced that new taxes are going to be needed.”

Whitmer’s plan is largely in line with one unveiled in January by a bipartisan group of ex-legislators who called for tripling the state’s gas tax to raise about $2.7 billion for the state’s roads.

Former state Senate Majority Leader Ken Sikkema (R-Wyoming), who co-chairs the Michigan Consensus Policy Project, called Whitmer’s proposal “very consistent” with his group’s plan. He added that the governor’s blueprint is a “real plan,” something he said he hasn’t yet seen from the Legislature.

Sikkema urged Republican legislators to adopt the plans outlined by his group or Whitmer — or present a viable one of their own.

“I think anybody who would be critical of her plan should be obligated to offer one of their own,” Sikkema said. “We’re past the point where you have the luxury of criticizing someone’s plan without one of your own.”

It’s unclear how much Whitmer’s proposed gas tax increase will cost the average driver. There are many variables, including differences in vehicles’ fuel efficiency and how much people drive.

A report released Monday by the Detroit-based group Business Leaders for Michigan notes that deteriorating roads cost drivers an additional $686 every year in various costs and fees.

Michiganders already are paying relatively high gas taxes as a result of a 2015 law signed by former Gov. Rick Snyder that will raise $1.2 billion annually in new revenue by 2021.

However, as the Advance has previously reported, there’s a general consensus that the need for more funding grows every year, as Michigan has underinvested in infrastructure. Studies have shown that the state has some of the worst roads.

Whitmer identified the sorry state of Michigan’s roads as one of two crises affecting the state during her State of the State address last month.

The other crisis was education, she said. The Advance reported the details of her plan to address education earlier on Monday, which includes more than $500 million increase for schools.

It’s unclear how Whitmer’s road funding plan will play in the Republican-led Legislature. A spokesman for state House Speaker Lee Chatfield (R-Levering) declined to comment on Monday afternoon, saying his office would hold off until tomorrow after the governor’s presentation to the House and Senate appropriations committees.

Meanwhile, state Senate Majority Leader Mike Shirkey (R-Clarklake) “would first like the governor to work with the Legislature to save families money by reforming car insurance,” according to spokeswoman Amber McCann.

“Saving people money is the caucus priority before considering a gas tax increase,” McCann wrote in an email.

Shirkey, however, has previously indicated that he’s open to the idea that Michigan’s roads might need “new revenue.” 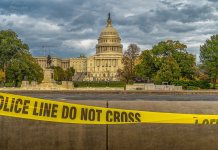