I knew Victor Ghalib Begg through various civic and public boards where we crossed paths over the years.

On Sept. 11, 2001, we were together at a Michigan Community Service Commission (MCSC) strategic planning retreat. Victor was sitting between Michigan’s then-first lady, Michelle Engler, and myself.

At the time, I was Michigan’s state superintendent of schools after serving in Democratic Gov. Jim Blanchard’s administration. Victor is a Republican.

As he recalls, “There was a real sense of progress that morning. All of us at the shared the same thought: believing that together we make our State stronger, as we unite in service for the common good. And then, we stood together and cried as we watched in horror the fiery blaze and eventual collapse of the floors at the World Trade Center.”

Everyone in the country remained glued to their TVs, trying to make sense of what had just happened. What did it mean? That included me — a Roman Catholic — and Victor, a practicing Muslim from India who had found the American Dream in Michigan.

The only thing that mattered then, as now, was our collective humanity.

Ghalib Victor Begg has since told his life story in his book, “Our Muslim Neighbors — Achieving the American Dream: An Immigrant’s Memoir.”

As Victor tells it, his story is a “summary of my journey to build a better future for my family and our community. Along the way, I found America’s promise is true for those who believe in it.”

Just as it is his story, it is also America’s story. And it’s one that is still playing out on TV as we watch the national news and President Trump’s false claim about an “invasion on our Southern border.” The president’s delusional “national emergency” and desire to build a medieval wall only stokes his xenophobic base of supporters, further pitting Americans against one another.

Victor’s book tells a familiar immigrant journey of a young man achieving his dreams in a new country. He becomes an “accidental activist” along the way, building interfaith coalitions and advocating for inclusion and understanding.

In an era of heightened anti-Muslim bigotry, his story provides a window into family, community and spiritual values of ordinary families in America.

As I’ve mentioned, Victor is both a Muslim and a Republican. In the Age of Trump, that’s often like putting a square peg into a round hole. I encourage you to read his book to see how he navigates this seeming maze of contradictions.

In his book, Victor argues persuasively that getting to know our neighbors is one way to allay the current anxiety in a world with a rising tide of extremism, both domestic and foreign. He believes in a person-to-person approach wherever we can to connect with what is seemingly “foreign.” By doing so, we find our common humanity.

Ever the educator, Victor writes, “Oh, God, let it not be a Muslim!” — the prayer of American Muslims anytime there is an attack or mass shooting.

“I am heartbroken again and again to see Muslims on the nightly news in some corner of the world resorting to violence, claiming to act on behalf of a faith that condemns such actions,” he writes. “The Quran tells us that Muslims are called to serve as a light to the world.”

He believes there is still much work to be done to reach a consensus in this country that interfaith diversity is a positive American value.

Victor has built a legacy as peacemaker, justice advocate, community leader, community builder/organizer and neighbor who continues to work tirelessly to bring people together.

“I am always touched by those who transcend the temptation of division, who simply act as good human beings showing compassion to others,” he writes.

“Our Muslim Neighbors” is an invitation to join a conversation “to learn about each other beyond the vicious stereotypes.” It’s an effort to help readers get to know the Muslim Americans next door: their dreams, fears and their misunderstood faith.

Through his words and deeds, Victor Begg reminds us that diversity and immigrants are our strength in Michigan and America. 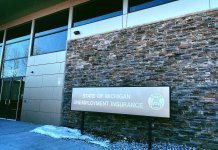 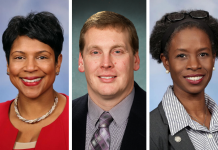