Taken together, House Bills 4001 and 4002, sponsored by state Reps. Jason Wentworth (R-Clare) and David LaGrand (D-Grand Rapids), respectively, allow law enforcement to seize property based on probable cause. However, criminal convictions are required before the property can be sold or used.

Supporters of the legislation say this ensures that people found not guilty of a crime can get their property back.

LaGrand, who’s an attorney, said the legislation would be especially beneficial for “our poorest and most vulnerable citizens” who often don’t have the resources to fight to get their property back if its seized due to the suspicion of a crime.

House leadership identified reforming the state’s civil asset forfeiture laws as a key bipartisan goal of the lower chamber on its first day of session last month. Democratic Attorney General Dana Nessel supports the legislation in concept and has previously called the practice “inherently unfair” because it violates due process.

In 2017, law enforcement agencies seized more than $13 million in cash and property, according to figures from the House of Representatives. However, there were more than 200 cases in which those who had their property seized were later found not guilty, but had to forfeit property anyway.

Municipalities and law enforcement agencies have been critical of efforts to curb the practice, as many see it as a way of funding operations.

Wentworth, however, said that the legislation is “not about budgeting or individual sheriff’s departments,” but about “protecting the rights of citizens first.”

Similar legislation has already passed in the state Senate, as the Advance has previously reported.  Both chambers still need to pass the other’s legislation before anything goes to Gov. Gretchen Whitmer’s desk.

The two House bills and SB 2 — sponsored by Sen. Peter Lucido (R-Shelby Twp.) — all have slight differences that House Speaker Lee Chatfield (R-Levering) told reporters on Thursday will be resolved into a final bill.

“This is the first step in negotiations,” Chatfield said. “We’ll continue to have conversations and we’ll find a way to rectify our differences and ensure that the people that we serve have their constitutional rights protected.” 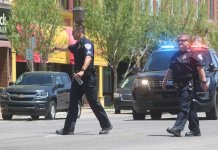 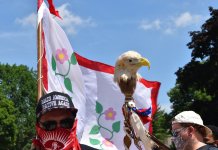 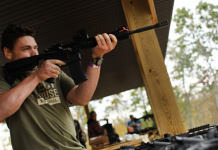 Commission has authority to ban firearms at Capitol, but delays decision again