A Republican-controlled Senate panel plans to act fast on legislation to raise the age at which individuals can be charged as an adult for criminal offenses.

State Sen. Peter Lucido (R-Shelby Twp.), chair of the Senate Committee on Judiciary and Public Safety, is backing a bill package from a Democratic lawmaker that changes the law so that 17-year-olds accused of crimes would be charged as juveniles, rather than adults.

State Sen. Sylvia Santana (D-Detroit) announced the legislation in a press conference Wednesday. She said the so-called “Raise the Age” package is meant to ensure that only adults are placed in adult jails and prisons.

Lucido said throwing minors in jail or prison is “tantamount to putting a guppy into a shark tank.”

The GOP senator said the package has bipartisan support, and adds that he intends to hold a hearing for the legislation within the next couple of weeks.

“Stay tuned; it’s coming,” Lucido said. “When you put them with criminal adults, 30-year-criminal adults, you’re teaching them bad habits. Let’s try to correct the one habit or two habits they might have had — those are called hiccups.”

He added that the courts can always make an exception for particularly “heinous” crimes and still charge juveniles as adults, even if the law were changed under Santana’s plan.

There have been past legislative efforts to change the law, including a package last session that died in Lame Duck.

Michigan is one of only several states in the nation that charges people under the age of 18 as adults in the criminal justice system, according to the Michigan League for Public Policy (MLPP), which opposes the practice.

“Seventeen-year-olds aren’t old enough to purchase cigarettes, lottery tickets, vote or serve in the military, but yet we have a law that states they’re old enough to be tried as an adult in the courtroom,” Santana said in a statement. “It isn’t right, and we’re denying our troubled youth an opportunity to reform themselves and do better.”

The Detroit senator’s three-bill package would amend the state’s Juvenile Diversion Act by defining “minor” as a person who is younger than 18 years old, according to the legislation. It would also create a Rase the Age fund within the State Treasury department that would offer access to rehabilitation programs and make sure juveniles are not incarcerated with adults.

Michigan, Missouri, Texas, Georgia and Wisconsin are the only U.S. states that automatically charge 17-year-olds as adults, according to Santana’s office. The particular crime is irrelevant to that rule.

“We should be rehabilitating our children into successful members of our society and helping them realize their potential to get their lives back on track,” Santana said. “The pipeline to prison needs to end and decades of bad policies that simply don’t work need to be reversed. It’s my intent to see that this legislation gets carried all the way to the governor’s desk so that we can make these long overdue, and necessary, reforms become reality in Michigan’s judicial system.”

Alicia Guevara Warren, Kids Count in Michigan director of the MLPP, said the legislation is “really about treating 17-year-old kids as kids.”

Guevara Warren said the adult criminal justice system is not designed to help rehabilitate minors. Being thrown into that world at a young age can ruin people’s lives, she said.

She points out that at that age, teenagers are still too young to serve on a jury, buy alcohol, rent a car, enter into a legal contract or live independently from legal guardians or parents. But they can still be tried as adults and find themselves in state prison.

Even if they don’t end up behind bars, their criminal record follows them when they apply to schools, technical career training programs or jobs.

“That record is with you for the rest of your life,” Guevara Warren said. “We see our 17-year-old kids really struggle once they have that adult criminal record.” 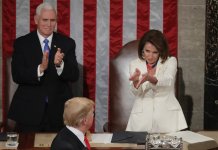 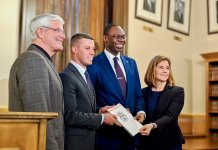