Both chambers of Michigan’s GOP-controlled Legislature adopted resolutions on Wednesday asking the state’s top court to weigh in on lingering legal questions over two citizen-driven initiatives.

Republican legislative leaders said Tuesday that they want an opinion from the Michigan Supreme Court on minimum wage and paid sick leave legislation that was adopted and later changed in 2018.

While Attorney General Dana Nessel, a Democrat, has been asked to render an opinion, Republicans believe the Supreme Court will provide a faster avenue for getting clarity on the matter. The court is currently split 4-3 in favor of justices nominated by the GOP. But Democratic-nominated Bridget McCormack serves as chief justice.

“This is just an attempt, sincerely, to remove the uncertainty, the cloud, over the state over these two issues,” state Senate Majority Leader Mike Shirkey (R-Clarklake) told reporters after session. “[It would] allow our job makers and workers some certainty about what’s going to happen.”

The Senate acted first in the morning, followed by the House in the afternoon. Both chambers adopted the resolutions with brief voice votes and there was no debate among legislators.

Democratic lawmakers like state Sen. Stephanie Chang (D-Detroit), who last week asked Nessel to issue an opinion, say they’re not necessarily opposed to letting the matter be resolved by the Supreme Court.

“It’s well within my right to ask for an attorney general opinion [and] its well within the Legislature’s right to have a Supreme Court ruling, as well,” Chang told reporters. “So you know what what this is about for me is making sure that we’re giving workers the paid sick time that they deserve and about making sure they [have] a living wage.”

A spokeswoman for Nessel told the Advance yesterday that the attorney general will continue working on the opinion and will only cease if the Supreme Court decides to take up the issue.

Republican leaders and other stakeholders, however, contend that regardless of Nessel’s opinion, the matter is likely to wind up before the Supreme Court, so seeking its opinion now only makes sense.

“The uncertainty created by the back and forth AG opinions on this issue can only be settled by our Supreme Court and a timely decision is needed as soon as possible,” said Charlie Owens, Michigan director the National Federation of Independent Businesses (NFIB), a lobbying and trade group for small businesses.

It’s unclear when the court might decide to whether or not to take up the matter. A spokesman for the Michigan Supreme Court did not respond to a request for comment on Wednesday afternoon.

The contention stems from the GOP-dominated House and Senate last year opting to adopt and then amend two citizen-driven ballot initiatives that would have significantly raised the minimum wage and mandated more employers offer paid sick time for workers.

Republican former Attorney General Bill Schuette said the move was legal. That contradicted a 1964 opinion from then-Attorney General Frank Kelley, which said that the Legislature could not adopt and amend a ballot initiative in the same year.

Dr. Alicia Renee Farris, who chaired the One Fair Wage ballot initiative to increase the minimum wage, strongly believes the maneuver was unconstitutional and wronged the people who signed the petition under the belief that it would be on a ballot. 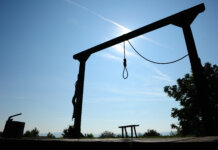 Bills you may have missed, from retail worker schedules to banning nooses as an intimidation tactic 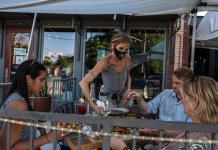 Rick Haglund: How COVID-19 was a ‘giant sledgehammer’ to the labor market